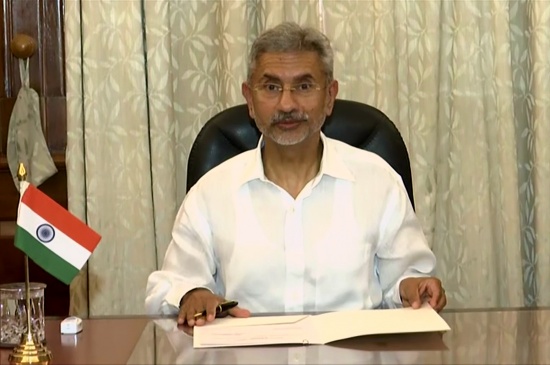 Gandhinagar, June 25 : External Affairs Minister S Jaishankar described the three-day India visit by US Secretary of State Michael Pompeo beginning Tuesday night as "very important", stating that the tensions between US and Iran was a difficult international issue that India was dealing with.


Jaishankar, who filed his nominations for the Rajya Sabha from Gujarat, told reporters at the state BJP headquarters that New Delhi was handling several sensitive diplomatic issues and the "present situation between the US and Iran was one of them".

He stressed that India's position would be guided by the national interests.

The External Affairs Minister said Pompeo's visit was also significant since this is the first by a top US leader after the Lok Sabha elections.

Asked about the dispute over trade tariffs between India and the US, Jaishankar said such issues do crop up sometimes "but diplomacy calls for finding common grounds beneficial for both the countries".

About reports that Antigua Prime Minister had spoken about the possible extradition of PNB fraud scam accused Mehul Choksi to India, he said he had just seen media reports but was not much aware of the isssue to be able to comment on it.

On questions relating to relations with China, Jaishankar disagreed that New Delhi had a flip-flop policy and said that the ties with Beijing were stabilising. "But with change in situation, the policy is bound to change. It is not necessary that we toe just one line," he said.

"Last year, our PM had a meeting with the Chinese President and we expect his India visit this year. After that meeting, the relations between the two countries are looking stable. I myself have to visit China and our relations so far look good," he added.