'Like food, one constantly craves new flavours in music' 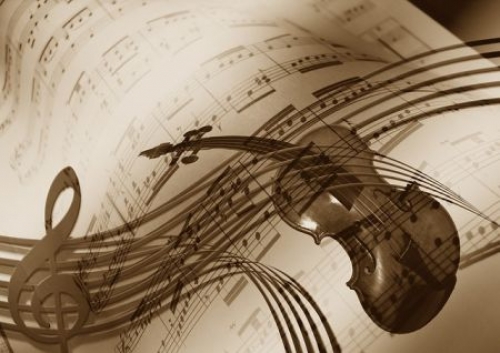 
For Purbayan, 43, whose sitar playing is rooted in the Senia Maihar gharana's blend of dhrupad and khayal, Indian classical music is ever-evolving.

"Indian classical music can be compared to a Rubik's cube made of a gelatinous matrix. There's a complex structure which sits in the midst of infinite elasticity. Hindustani classical music itself is an amalgam of ancient dhrupad and Persian elements," Chatterjee told IANS in an email interview.

A disciple of his father Parthapratim Chatterjee, the musician has performed as part of the groups Shastriya Syndicate and Stringstruck.

He also calls himself "truly privileged and humbled" because the instrument of sitar -- that has been in the hands of legendary artistes like Pt. Ravishankar, Pt. Nikhil Banerjee and Ustad Vilayat Khan -- has chosen him.

"The sitar is my voice. It is an extension of my limbs."

Asked about the World Music Day that fell on June 21, the young musician said that he'd love to have it pronounced "World-Music Day" since the music of the entire world has only three elements -- melody, rhythm and harmony.

"The more we respect and recognise that, the more the boundaries will disappear," he explained.

As far as his future projects are concerned, Purbayan said "I am currently working on expanding my classical repertoire to include lesser-heard ragas in instrumental music like Lalita-Gauri. I am also recording and shooting in 4K compositions of great masters like Ustad Ali Akbar Khansahib and Pt Nikhil Banerjee.

"Also being put up on my YouTube channel are some collaborations with whiz-kids of today, like Rhythm Shaw, Shikharnaad Qureshi, Jazim Sharma, Sumedha karmahe, Pratibha Singh Baghel, Rickraj and also with Gayathri -- my wife who's a very versatile artist".

The Kolkata-based instrumentalist, who is also a vocalist and has performed in duet with music director Shankar Mahadevan, was set to perform in an HCL Concert here on Friday, alongside musical artistes Rakesh Chaurasia, Fazal Qureshi and Gino Banks.

Answering a question about his taste in fusion music, Purbayan likened music to food. "As a citizen of a rapidly shrinking global village, one constantly craves new flavours and aromas.

(Siddhi Jain can be contacted at [email protected])