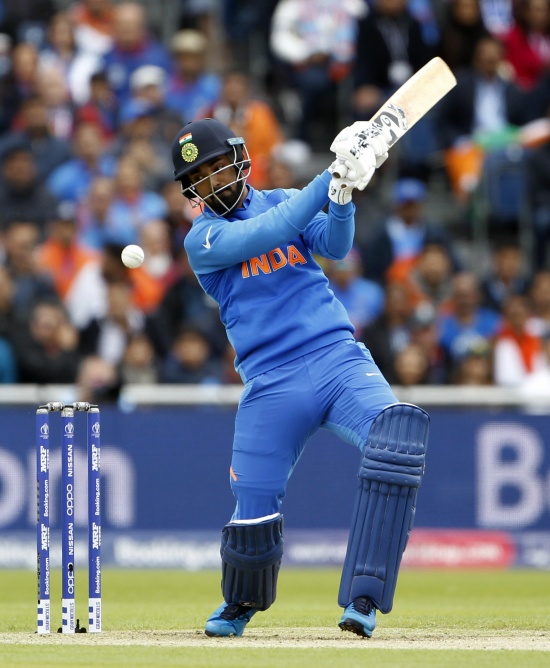 Manchester, June 16 : India batsman K.L. Rahul has admitted that he was a little nervous when he walked out to open the innings alongside Rohit Sharma in the much-anticipated World Cup clash against Pakistan here on Sunday.


"It has been a while since I opened the batting in a one-day international. Bit of nerves, but happy that I could get the team off to a start like that," Rahul said in a mid-innings interview aired on Star Sports.

The 27-year-old quelled doubts on whether he will be able to fill the shoes of the injured Shikhar Dhawan at the top of the order by scoring 57 and sharing a 136-run opening stand with Rohit.

"I won't lie, I was nervous about the hype of the India-Pakistan game. But it was more because I hadn't opened the batting in a while. Getting an opportunity after almost two years... I was more nervous about that," said Rahul.

"We know that with Pakistan the initial threat was (Mohammad) Amir and Hasan Ali who can seam the ball a little bit. It was important for us to be smart and play out the first 10 overs. I am happy I did that," he added.

Rahul reckoned it was a good score, saying India were aiming between 260 and 270 runs considering the overcast conditions.

"We all know the conditions here... It has been raining and the wicket has been under cover, so we were thinking 260-270 would be a good target as it was slow and sticky at the start. To get past 300, it gives us the extra boost. If it spins then it will help our bowlers," he said.

India have won the two matches they have played thus far in the World Cup while their third game against New Zealand was washed out. Pakistan have played four matches so far, winning one, losing two while one was a washout.