Trump thanks Lopez Obrador for migration accord 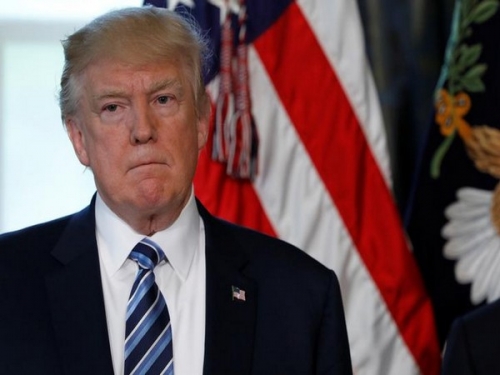 Washington, June 9 : US President Donald Trump thanked his Mexican counterpart on Saturday for the efforts his government has made to reach a migration accord and in so doing, stop the imposition of punitive US tariffs on imports from Mexico, while urging the ratification by his own country of the USMCA trade deal with Mexico and Canada.


"I would like to thank the President of Mexico, Andres Manuel Lopez Obrador, and his Foreign Minister, Marcelo Ebrard, together with all of the many representatives of both the US and Mexico, for working so long and hard to get our agreement on immigration completed!" Trump wrote on Twitter, the Efe news reported.

After a week of intense negotiations, the US and Mexico reached a migration agreement that led Trump to indefinitely suspend his plan to impose tariffs on all imports from Mexico, which was to be enacted next Monday.

The pact also states that the US will return to Mexico all undocumented migrants who reach its border seeking asylum, as most migrants nowadays do, and they must remain there until their applications are ruled on by US immigration courts.

Though his tariff threat put in doubt the future of USMCA, an agreement signed last year after a renegotiation of the NAFTA accord but awaiting ratification by the three countries of North America, Trump urged the US Congress Saturday to restart the process to implement it.

"Nervous Nancy (Pelosi, Democratic speaker of the US House of Representatives) iamp; Dems are getting Zero work done in Congress. Perhaps they could lead the way with the USMCA, the spectacular iamp; very popular new Trade Deal that replaces NAFTA, the worst Trade Deal in the history of the US," Trump said.

"Great for our Farmers, Manufacturers iamp; Unions!" he added.

Pelosi reacted Saturday to the accord with Mexico in a statement regretting the fact that to reach it, Trump had recklessly threatened "to impose tariffs on our close friend and neighbour to the south," and expressed her concern about changing the way of seeking asylum for undocumented migrants coming to the US, mostly Central Americans.

She said she was deeply disappointed by the expansion of the failed policy of making migrants remain in Mexico because it "violates the rights of asylum seekers under US law and fails to address the root causes of Central American migration."

The "Remain in Mexico" policy, officially known as the Migrant Protection Protocols, was enacted this year and consists of returning to Mexico all those who reach the border seeking asylum (no matter where they come from) and where they must wait until their cases are resolved in the US.

Like This Article?
Trump thanks Lopez Obrador for migration accord