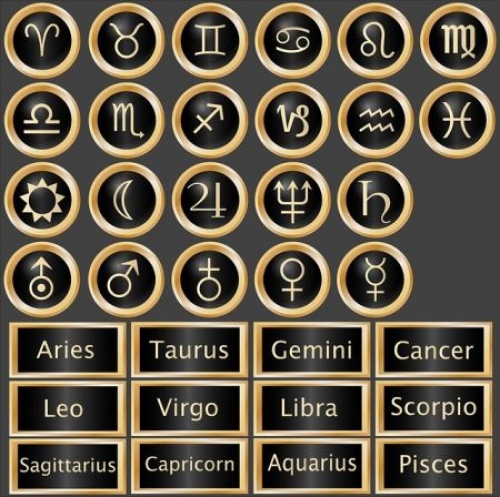 It's no secret. Astrology has always had an undeniable appeal. Who doesn't like knowing about one's future? It's no laughing matter. Never was. Even after completing over two decades of rigorous reading of thousands of birth charts, its still astonishing for me to see how the human mind works. So I can't help but throw my own experiences in the fray for upvotes. Though I have encountered an army of types in this journey, there is a looming demographic which underlines why our Universe borders on the absurd. So allow me to pay homage to those who are unusually notable.


THE HIGHLY STRUNG - Type 1, irrespective of what their concern is, their standard set of questions borders on a "When?" "How much more time do we have together," she asks. "Time? Not sure what exactly are you asking," I say. "Ok. Let me keep this simple and straight. How many more years does he have? It's clear that we don't like each other. And I am quite clear that I don't want to be with my husband BUT I would rather be a widow than a divorcee. At least I will have people's sympathy on my side. So when does he die?" It's a unique perspective. I am bewildered but not speechless. "Ma'am, your husband has a strong birth chart as is his current time period too. He actually just might outlive you. How about a ..." My words strike a harsh blow and instantly I face another rapid fire round of remarks, knotting my efforts at an interpretative culmination of my reading.

"You know what, you probably aren't experienced enough yet, I think" she states. Needless to say that this interaction has now become trickier than your regular horoscope reading. And my last thoughts on this remain nestled in my heart. "Okay, we need to find this woman's inflamed emotions a legit vent. A listening ear." Forget that Carl Jung ever said that the key to happiness is to "love what IS".

THE IDIOSYNCRATIC Type 2, the ones who already have an answer to their questions yet they will need you to echo their thoughts. The validation by an astrologer being a stamp of approval to continue doing what they anyway never wanted to abandon. "I read that I have a great Saturn. So I can binge on alcohol everyday. Right or not, say?" The 25-year-old implores. He is in a rush or so it seems. "Well yes, you do have a great Saturn and I think a better way of using this force will be.." Turning towards his mother in disdain, he hisses, "See, this is what I have been telling you forever. Now, don't stop me. Ever!" My remaining words gasp in the wake of this onslaught, once again shrouding under the Saturn sky. How can there be any dull moment with you around.

Another.."Well, I know that at 69 I am still far away from the suburbs of mortality. My thoughts don't creak, nor does my body. So take a good look at my chart and tell me if this is the year when I will find true love". I look at both, his chart first and then for words which will not kick the bottom away from under his existence, but a reality check is in order. Can there be a flame without a spark? He's not ready for the truth but then aren't you sitting here, with me, Sir, to have your future unriddled? And in my knowledge, zero times a million still equals a zero.

"Wait what! I can't settle down this year too?" The heart rate is faster and the breathing deep. An agreement between my perspective and his determination seems impossible. But I keep my tact intact, knowing that I would otherwise be thrown out of the conversation altogether. "Love will find you Sir, in territories unknown!"

THE ENTITLED Type 3 is always someone "close" who has chosen me to throw some light on their life and that of their loved ones. No appointment is sought and a bird's view on my remuneration is not considered. Entitled, you see!

I don't. But do you? See? "I have tomorrow afternoon dedicated to this. So we will speak at length. Add remedies and Vastu tips and remember to correct the name of my business using Numerology," she goes. Someone has obviously noticed the double 'T' in my name. I attempt a quick mental math in order to inform her of the monetary sum total of her "requests" but then she's smarter than you and I put together. "I have heard so much about your kindness and generosity and I think that you are not in this profession for money. Why should you seek it anyway? It's so endearing to see someone use their gift to serve humanity."

I get where you are going Miss. Do tell if you use the same logic to bypass your child's tuition fee or charm your way while at a doctor's? It's hard but over the years I have learnt to combat this heightened level of irrational thinking with logic. My strong Mars, with all it's dare devilry is my knight in shining armour.

THE WARRIORS Type 4, is what gives me cold feet, when a warring couple carries their fight right into my office. They would have probably stonewalled each other forever before they decided to see if the fault was in the stars instead. Though it's easy to make sense of the root cause of a strife, yet any attempt at de-escalation is like playing with a

THE QUIRKY Type 5 is rather unique. More than once I have been invited to personal parties, to entertain "their" guests, my readings here to be used as a party favour. I know this is home territory for me but if I wished to be in the entertainment business, I would have been. So when I decline, it's a disaster. Mostly it's the quintastics, smacking of perfumed cardigans and nasty coughs, they abandon all pretence of class once they hear a firm NO.

"Well, this NO of yours could cost you. Think again," he gnarls. It's inappropriate arrogance on his part and I do understand what it means but now I am past caring.

THE MASTER OF HIS OWN WILL Type 6 is marked by those who are selective in their hearing and understanding of what an astrologer is saying. If the predictions are negative, my words are ignored as if it doesn't exist. Just like they would do to everything else they don't like. And if not ignore, some do hope to overcome the perils of difficult transits but are not so willing to soldier through a sprawling set of remedial measures. What does one do when things don't work out? Run for cover? Or seek a third person perspective based on an ancient science. I wish I had a shortcut to jump start any good effects. And finally we have the ones who are totally the most regular with their visits and always come with a plethora of questions yet render my tribe "invisible" to the naked eye should we were to ever bump into each other publicly. Someone needs to demystify this for me some day.

No one visits an astrologer seeking solutions if their problems could be fixed with a mere vent or hand holding. While any astrologer can and will suggest measures to cushion the

blow, but at the end of the day it's your karmic blue print hon, and I ain't no God. God lives amongst the stars.