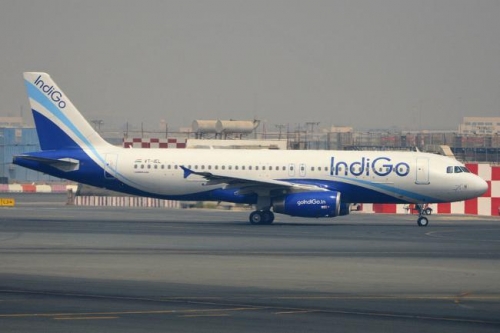 New Delhi, May 17 : Unimpressed by IndiGo's suggestion to allot grounded Jet Airways' unused slots in proportion to the fleet size of rival carriers, the government has decided to give higher seat quota on foreign routes to the carriers launching flights on unserved sectors or those witnessing spike in air fares.

This is a setback for the largest private carrier whose co-founders Rahul Bhatia and Rakesh Gangwal are reported to have differences over control of the airline and are taking legal advice from experts.

"Everybody wants rights for foreign routes where capacity is not going to be an issue after Air India mounts flights. The airlines have been advised to plan those routes which are under-served or have seen a spike in air fares after Jet Airways suspended its operation," said a person aware of the development.

"The rights would be given on a temporary basis and for the ongoing summer schedule," said an executive of a private airline.

He said that demand made by SpiceJet and IndiGo are almost same with both the carriers wanting more seat quota on the India-Gulf sector.

"Singapore and Bangkok are another routes airlines want to fly more seats," the executive said.

IndiGo is learnt to have shown keen interest to fly about 8,000 more seats on India-Dubai sector besides asking additional frequency to Dhaka.

"The airlines have been asked to come out with fresh suggestions. This will be analyzed before final decision on allocation,a an official said.

Preferring Air India over the private carriers, the civil aviation ministry earlier this week decided to allot about 5,700 weekly seats to the airline out of grounded Jet Airways' unused quota on the lucrative India-Dubai route.

The public sector airline was also promised over 5,000 seats on India-Qatar route besides about 4,600 additional seats to and from London.

The state-run airline would be launching new flights to Dubai from Delhi and Mumbai from June 1 utilizing the fresh seats allocated to it out of Jet's unused rights.

(Nirbhay Kumar can be contacted at [email protected])