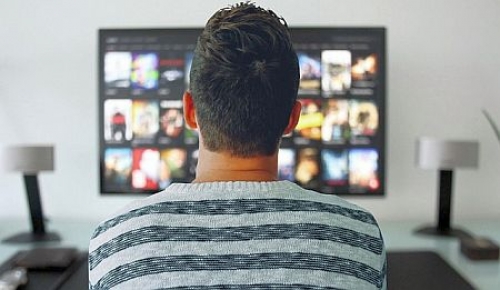 Washington D.C, Mar 15 : Recently a Nigerian feature film helped researchers in understanding if media, such as movies had any hand in shifting the social norms or influencing people and found that movies greatly influence people to behave as the actors do.


To conduct the study which was published in the journal of Science Advances, a Nigerian film called 'Water of Gold' was rolled out amongst 106 places. The movie was released in two versions and it was randomly determined whether viewers would see the version of the film, which had the corruption-reporting scenes, or the version that lacks them.

'Water of Gold' is a Nollywood film (a loose term referring to the Nigerian film industry), which was commissioned for the purposes of this experiment. The movie, set in the Niger Delta, is a story about two brothers. One brother, Natufe, is a poor fisherman whereas Natufe's brother, Priye, leaves the Niger Delta and returns home after getting rich by doing business only to become a corrupt politician much to the shock of Natufe, who had become outspoken about the prevalent local corruption.

The movie and an accompanying mass text message campaign spurred 240 people from the 106 small communities of Nigeria to send in concrete, specific reports of corruption over a seven-month period which is a marked improvement compared to two national campaigns done to curb corruption.

Both the versions of the movie had a new system displayed to report corruption on the film's packaging and at the beginning, middle and end of the film. After the film was released, the researchers sent out mass texts where people simply had to reply to report corruption.

Littman, one of the co-authors said, I think people were surprised that the campaign actually worked.

It wasn't an accident that the study focused on the Niger Delta region, where massive amounts of oil production have not been accompanied by an equivalently substantial investment in services and infrastructure for citizens.