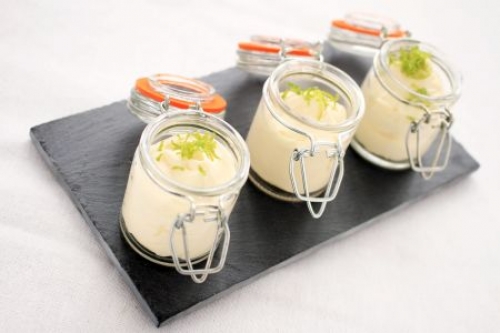 New York, May 15 : Relishing yogurt as an "appetizer" may help reduce chronic inflammation -- a key factor associated with bowel disease, arthritis and asthma as well as cardiometabolic diseases, finds a study.

The findings showed that yogurt may help reduce inflammation by improving the integrity of the intestinal lining, thus preventing endotoxins -- pro-inflammatory molecules produced by gut microbes -- from crossing into the blood stream.

"Eating eight ounces of low-fat yogurt before a meal is a feasible strategy to improve post-meal metabolism and thus may help reduce the risk of cardiovascular and metabolic diseases," said Ruisong Pei, postdoctoral researcher at the University of Wisconsin-Madison in the US.

For the new study, published in the Journal of Nutrition, the team enrolled 120 pre menopausal women, half obese and half non-obese. Half of the participants were assigned to eat 12 ounces of low-fat yogurt every day for nine weeks; a control group ate non-dairy pudding for nine weeks.

The participants were also involved in a high-calorie meal challenge at the beginning and end of their nine-week dietary intervention. The challenge, meant to stress an individual's metabolism, started with either a serving of yogurt or non-dairy pudding followed by a large high-fat, high-carb breakfast meal.

For both challenges, blood work showed that the yogurt "appetizer" helped improve some key biomarkers of endotoxin exposure and inflammation as participants digested the meal over the ensuing hours.

It also helped improve glucose metabolism in obese participants by speeding up the reduction of post-meal blood glucose levels.

The findings help expand the overall body of scientific knowledge about how foods impact inflammation, but "the goal is to identify the components and then get human evidence to support their mechanism of action in the body", said Brad Bolling, Assistant Professor at the University of Wisconsin-Madison.

"Ultimately, we would like to see these components optimised in foods, particularly for medical situations where it's important to inhibit inflammation through the diet. We think this is a promising approach."