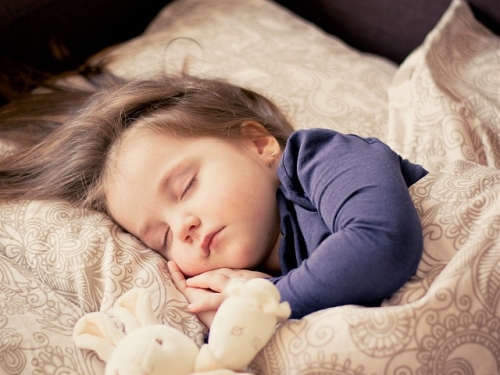 London, April 17 : Besides healthy eating and exercise, getting enough sleep may also be a key factor in managing weight in children and adolescents, a new study has found.

The findings showed that children and adolescents who get less than the recommended amount of sleep for their age are at a higher risk of gaining more weight.

Overall, they were 58 per cent more likely to become overweight or obese -- a common risk factor for various cardio-metabolic diseases.

"Being overweight can lead to cardiovascular disease and Type-2-diabetes which is also on the increase in children. The findings of the study indicate that sleep may be an important potentially modifiable risk factor (or marker) of future obesity," said Michelle Miller, from the University of Warwick in Coventry, UK.

For the study, published in the journal Sleep, the team reviewed the results of 42 population studies of infants, children and adolescents aged zero to 18 years which included a total of 75,499 participants.

"The results showed a consistent relationship across all ages indicating that the increased risk is present in both younger and older children," Miller said.

The prevalence of obesity has increased world-wide and the World Health Organisation has now declared it a global epidemic.

According to the recent recommendations by US-based National Sleep Foundation infants (four to 11 months) must get between 12-15 hours of nightly sleep, toddlers (one-two years) must sleep for 11-14 hours.

Children in pre-school (three-five years) should sleep for 10-13 hours, while school aged children (six-13 years) must get between nine and 11 hours of sleep. Teenagers (14-17 years) are advised to get eight-10 hours.