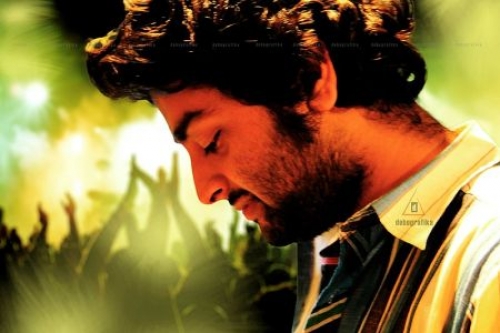 New Delhi , Feb. 17 : To say Arijit Singh has become the voice of every on-screen lover in the modern cinema, will not be a hyperbole.

He became an overnight sensation after his 'Aashiqui 2' album came out in 2013. His 'Tum Hi Ho' became an anthem of every romantic in the nation.

However, he has been at the receiving end of many trolls for various reasons many times over his successful career in the Bollywood.

In an exclusive interview with ANI, Arijit talked about his take on social media and trolls.

Arijit said, "I use my social media sparingly for things that are close to my heart. I don't read the comments".

"My team filters out the comments for me, I don't involve myself a lot into paying attention to criticism on social media. I speak what I want to speak and my team lets me know the needful," he added.

The 30-year-old artist even shared great enthusiasm over the global appreciation of his song 'Binte Dil' from Sanjay Leela Bhansali's movie 'Padmaavat'.

On talking about the controversies surrounding the film and its song, he said, "Every film deserves a chance to be seen, there is a lot of hard work that goes into making any film. I am extremely glad that the song did so well. My heart goes out to everyone who were a part of this song, it wouldn't have happened without either of them".

Arijit has been on the road for his 'MTV India Tour' and will enthrall the mass in Gurgaon on Saturday.

Talking about live performances and concerts, the musician said, "In a concert the magic happens once you connect with your audience via your performance, it's all about breaking through to the crowd.