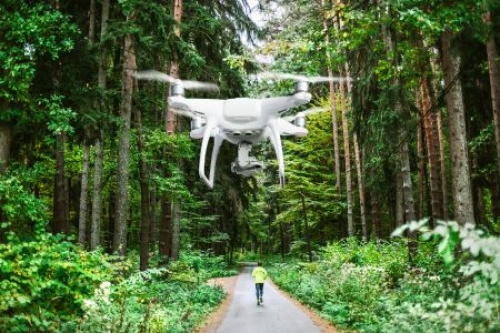 The scientists from University of Adelaide employed thousands of rubber ducks to prove that drones are more accurate than humans, Xinhua news agency reported.

Experienced wildlife spotters were pitted against spotters who counted birds from drone imagery to see which group would get closest to the actual number of fake birds.

Ground spotters counted the birds using binoculars or telescopes while a drone was flown over the beach, taking pictures from different heights and angles.

"We found it is more accurate and more precise to have people count birds from the drone imagery than to do it on location," lead author Jarrod Hodgson said.

The results showed that monitoring animals with drones produced better data that could be used to proactively manage wildlife.

Hodgson and his team developed a computer algorithm capable of counting birds from the drone images, yielding results on par with humans counting from the images.

"With so many animals across the world facing extinction, our need for accurate wildlife data has never been greater," Hodgson said.

"Accurate monitoring can detect small changes in animal numbers. That is important because if we had to wait for a big shift in those numbers to notice the decline, it might be too late to conserve a threatened species.

"For a few years now, drones have been used to monitor different animals that can be seen from above, including elephants, seals and nesting birds.

"But, until now, the accuracy of using drones to count wildlife was unclear," Hodgson said.

"We needed to test the technology where we knew the correct answer. We couldn't use wild animals because we could never be sure of the real number of individuals present."