Obesity may not affect fitness levels 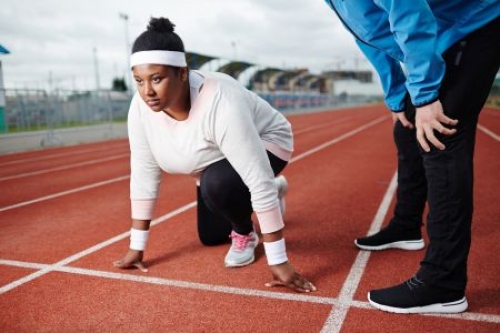 Washington D.C. , Feb. 13 : Turns out that an individual suffering from obesity may not be necessarily unhealthy. Even those with severe levels of obesity may have overall health profiles similar to that of a moderately weighted person.

A Canadian Institute of Health Research-led study has revealed a close relationship between cardio-respiratory fitness and metabolic risk factors in a population affected with mild to severe obesity levels.

The study - led by Jennifer Kuk and Dr Sean Wharton - was conducted on a group of 853 Canadian patients. 41 percent of these subjects had mild obesity though high fitness levels, while 25 percent of moderately obese and 11 percent of severely obese were found to be fit.

The rest of the individuals with severe obesity were more likely to be affected by lifestyle diseases such as high blood pressure, glucose and triglycerides.

"Doing 150 minutes of exercise per week, as per physical activity guidelines, generally translates to less than half a pound of weight loss. Nevertheless, this amount of exercise can mean dramatic improvements in health for those with severe obesity", said Professor Jennifer Kuk.

The study further suggested that individuals with a body mass index higher than 40 could still be fit and healthy.

The study was published in a journal named 'BMC Obesity'.