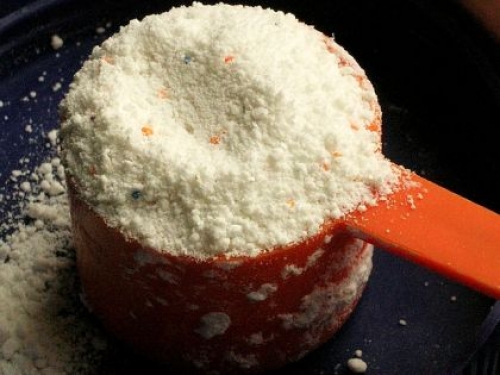 Washington D.C. [USA], Nov 17 : Turns out, there may be more to laundry detergents than meets the eye.

Two oxygen-producing compounds, including one that boosts performance in some laundry detergents, might one day play a key role in helping scientists successfully build a bioartificial pancreas in the lab to cure type 1 diabetes.

Researchers from Wake Forest Institute for Regenerative Medicine found that the extra oxygen provided by these compounds improved the function and viability of insulin-producing cells during important stages of the pancreas-building process. The cells are known for being greedy consumers of oxygen.

"These studies provide a proof of concept for using oxygen-generating materials to solve one of the major obstacles to engineering a bioartificial pancreas - making sure the cells have enough oxygen to function until the structure integrates with the body," said lead scientist Emmanuel C. Opara.

While the transplantation of an entire pancreas or of its insulin-producing cells can potentially cure type 1 diabetes, these options are rarely offered due to the lack of suitable pancreas donors and the toxic effects of anti-rejection drugs that are required after a transplant.

As a substitute to these options, scientists are working to build a bioartificial pancreas by encapsulating insulin-producing cells within tiny biocompatible beads. The beads are coated with a substance that allows insulin to pass through but prevents the body from recognizing the cells as "foreign" and rejecting them. With this approach, there would be no need for anti-rejection drugs.

A major challenge with this strategy is how to supply the oxygen needs of the cells until the bioartificial pancreas forms its own blood vessels. Insulin-producing cells have high oxygen requirements - they use 10 to 12 percent of the blood flow to the pancreas while accounting for only 1 to 2 percent of its weight.

"A continuous supply of oxygen is needed from the time that the cells are first isolated from a donor pancreas until the bioartificial organ is implanted and develops its own blood vessels, typically five to 10 days post-transplant," said Opara.

The current study focused on sodium percarbonate (SPO), used in laundry detergents and household cleaners, and calcium peroxide (CPO), used as an antiseptic and in many other ways. The goal was to determine if the compounds could supply the insulin-producing cells with oxygen - beginning with cell isolation and continuing seven days after microencapsulation.

Using insulin-producing cells isolated from rats and pigs, the researchers conducted three studies: adding SPO during cell isolation; evaluating the use of SPO particles during the cell growth process; and assessing whether adding CPO particles during encapsulation would improve cell quality during a week in a low-oxygen environment similar to what the cells would encounter in the human body.

In all studies, the researchers were able to increase the number of living cells by approximately 50 percent and their ability to make insulin by eight times with the addition of oxygen. They learned that some variables, including temperature, could be used to control oxygen levels. Next, they will work to more accurately control oxygen levels, to extend the time period that oxygen is released and to ensure that tissues are not damaged from too much oxygen.

Opara noted that they demonstrated that oxygen-generating materials are potentially a viable strategy to supplement oxygen to the cells used for transplantation in patients with diabetes.