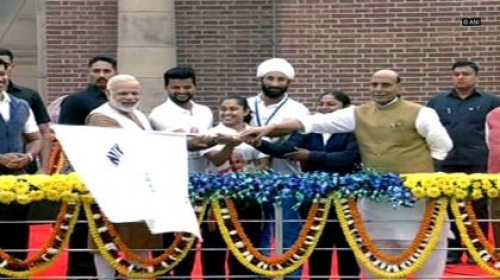 Prime Minister Modi, in his recent monthly 'Mann ki Baat' radio broadcast, had paid his tribute to Sardar Patel, saying that he laid the foundation of a "modern, united India".

"Sardar Vallabhbhai Patel ensured that millions of Indians were brought under the ambit of one nation, one constitution and his message of unity and patriotism was an inspiration for New India," the Prime Minister had said in the 37th episode of his radio programme.
https://www.newkerala.com/india-news.php ↣