SC's decision to ban firecrackers is not religious bias: NCP 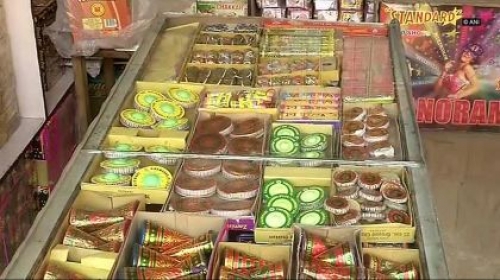 New Delhi , October 10 : The Nationlist Congress Party (NCP) on Tuesday said that the Supreme Court's decision to ban the sale of firecrackers should be appreciated as it ensured safety of the people and added that there was no religious bias involved.

"The basic purpose to prohibit the use of crackers is to ensure safety and to prevent the fire hazard. It is likely to encounter an accident in case fire breaks out. There is nothing like religious bias," NCP leader Majeed Memon told ANI.

He added that this was the only reason otherwise nobody had the hostility or nobody would want to cause an obstruction in the discharge of religious festivities.

"Any festival where anything, which is hazardous for the health of the people, must be regulated and restricted," Memon asserted.

Another NCP leader Tariq Anwar said that this decision was taken wisely as people's lives matter the most.

"The condition of pollution in Delhi is becoming worse day by day. If there's be no restriction put forward, then a further push will be given to the growing pollution," he added.

The Supreme Court on Monday restored the ban on the sale of firecrackers till November 1.

The court, while delivering its order, said that it wanted to test the effect of the ban on air quality after Diwali.

Diwali, the festival of lights, is celebrated across India by bursting crackers, leaving the national capital thick with smoke and pollution.

The Supreme Court, earlier on October 6, had reserved its order on the review petition over lifting the ban on firecrackers.

The top court had temporarily lifted its earlier order suspending licence for the sale of fire crackers, on September 12, saying a complete ban would be an "extreme step" and a graded approach was needed to curb pollution.

The top court also allowed the Delhi Police to issue a licence to shopkeepers for sale of firecrackers, adding that the number of licences issued should not exceed 500.

On November 25 last year, the apex court banned the sale of firecrackers in Delhi-NCR until further notice in wake of the alarming levels of air pollution in the region.