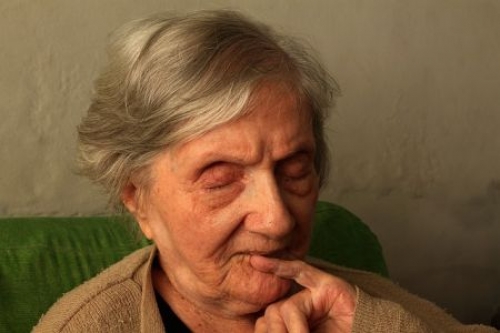 New Delhi , Sep 21 : More than four million people in India are afflicted with some form of dementia, with Alzheimer's being the most common cause.
Alzheimer's is a progressive, degenerative ailment of the brain. What makes this disease so severe is the fact that there is no definitive treatment to cure or slow its progress till date.

Even though some medications can temporarily help manage symptoms from worsening, these drugs are effective only for short periods of time. Its diagnosis can be life changing for not only the patient but also for the whole family.

Myths and misleading information can make things worse for families coping with this illness.

# Myth 1 Only the elderly can get Alzheimer's

Even though it generally occurs in people over the age of 65, it has been found to affect some people even in their 40s and 50s. This is called early-onset Alzheimer's. While some early signs of Alzheimer's may appear similar to those that are age-related, there are ways to distinguish these symptoms from general signs of ageing. Alzheimer's causes the brain functions to slowly decline, and as the disease progresses, thinking and reasoning may be affected, making even the simplest of daily chores difficult.

# Myth 2 Alzheimer's can be prevented

Unfortunately, Alzheimer's cannot be prevented. However, some studies show that vitamins E, B, and C taken regularly along with folate, selenium, and herbal remedies may be helpful. Regular exercise to the mind and body, coupled with eating nutritious food rich in omega-3 has also been shown to be beneficial.

# Myth 3 Alzheimer's does not kill

It is the 6th most common cause of death in the United States, killing more people than breast cancer and prostate cancer put together. The disease slowly causes brain cells to degenerate, leading to changes in memory. Patients exhibit erratic behavioural patterns and slow, progressive loss of basic body functions such as swallowing, talking, eating, and breathing. They often die of lung infections, or due to lack of nutrition. Patients may even land themselves into risky situations because they forget their way home.

This is not necessarily true. While loss of memory is a common problem as you grow older, the memory loss associated with Alzheimer's is progressive and debilitating. It interferes with the patient's ability to perform daily chores and how they communicate with people. The memory loss associated with Alzheimer's may cause patients to forget their own name, that of their spouse, or even a longtime friend.

# Myth 5 Being diagnosed with Alzheimer's is end of life

Even if you or someone close to you has been diagnosed with Alzheimer's, you can continue to live a healthy life for many years ahead. While medications may, in some cases, help manage the symptoms to an extent, maintaining a heart-healthy diet, staying physically active, socializing regularly, and taking up activities that challenge the brain can benefit patients by slowing the progression of the disease.

# Myth 6 Alzheimer's cannot be detected until much later

As with any other disease, early detection is the key to improving survival and life expectancy for patients with Alzheimer's. Most sufferers die from Alzheimer's because they have not been diagnosed. The lack of knowledge and failing to watch out for signs cause the disease to progress unchecked and undetected. Therefore, early detection not only gives you more time to draw up future plans, but also helps you and your family to tap maximum benefits out of the treatments available. SAGE or Self-Administered Gerocognitive Examination is a test that can successfully detect early signs of Alzheimer's. It was developed by a team of doctors at The Wexner Medical Center at The Ohio State University and comprises a four-page test that can be taken in under 15 minutes.

Even though the progression of this disease may vary individually, once in the advanced stages, sufferers reach a helpless, vegetative state and may require help for the most basic of functions just as newborn babies do. Hence, it is important that they be treated in a familiar environment in order to reduce stress, anxiety and fearfulness.

This is the reason why in-home care is an important aspect in supporting patients with Alzheimer. However, the role of a caretaker can be extremely stressful, often taking a toll on their personal lives.

Fortunately, home health care services come as a welcome relief for caretakers and patients alike. Doctors, nurses, nursing attendants and physiotherapists and a host of other services can be combined together for an effective long term care plan to benefit the patient.

Hence, early detection is the key to enabling proper planning for home and medical care. Early planning can not only bring down the emotional and financial burden due to this condition but also present an opportunity to lead a better quality of life for patients with Alzheimer's Disease.
https://www.newkerala.com/health-news.php ↣

Apple may launch Watch Ultra with 2.1-inch display in 2024

Ahead of Valentine's Day, matters of heart to be discussed in Taj city