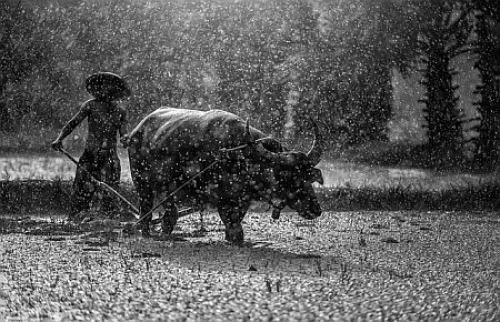 Etawah (Uttar Pradesh) , September 15 : In the aftermath of the Yogi Adityanath-led Uttar Pradesh Government announcing waiver on loans up to Rs. 1 lakh, farmers in the state have received waivers worth 19 paisa and 50 paisa.

The incident is of the Etawah district, where the government handed over the certificate of waiving off 19 and 50 paise of the poor farmers.

"The government waived only 19 paisa. I have spent a lot till now, have visited a number of officials, but it's sad that I have only received 19 paisa of relief," said a farmer Ishwar Dayal.

He said that the village is laughing at them, and that they don't know who is gaining, "but we are certainly not gaining anything."

"Had I known this earlier, I wouldn't have expected anything from the government. I would have managed something on my own," he added.

Another farmer Lalaram received a compensation of 50 paisa from the government.

"We are very sad with this. It would have been better had they not given anything," he said.

Earlier, the Uttar Pradesh government had promised to waived off Rs. 30,729 crore worth loan amount of the small and marginal farmers of the state.

The decision was proposed to be benefit 2 crore 15 lakh farmers of the state.

Along with this, the government had also decided to forego Non-Performing Assets (NPA) worth Rs. 5,630 crore of 8,00,000 farmers.