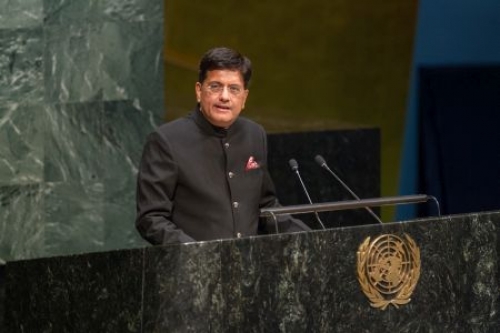 New Delhi , September 4 : Piyush Goyal on Monday took the charge as Minister of Railways in the presence of former post holder Suresh Prabhu.

Goyal yesterday replaced Prabhu as he Union Railway Minister during the Cabinet reshuffle, possibly taking the most challenging ministry in light of several derailments in the recent past.

After receiving flak from all the sides for the successive rail derailments, Prabhu had offered to quit on August 23, taking moral responsibility for two train derailments in the span of four days.

He has now been appointed the Minister of Commerce and Industry.

Earlier today, he congratulated Piyush Goyal, and thanked the 'Rail family' for their support.

As the Minister of State with Independent Charge for Power, Coal, New and Renewable Energy, Goyal is said to have done commendable work in power and coal sector, which has earned him the crisis-ridden Ministry of Railway. His appointment comes as fresh hope for the Indian railways.