You can literally lose sleep over being bullied 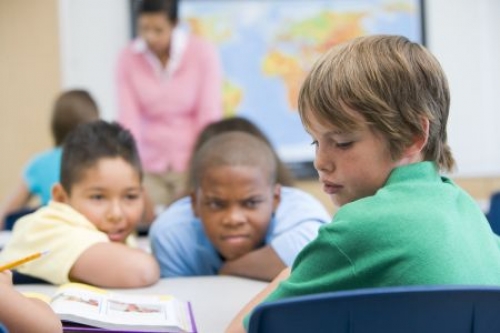 Washington D.C. [USA], Aug 11 : A good night's sleep may be hard to come by if you are being bullied, according to a recent study.

The McLean Hospital research showed in an animal model that being bullied can have long-term, dramatic effects on sleep and other circadian rhythm-related functions, symptoms that are characteristic of clinical depression and other stress-induced mental illnesses.

The neuroscientists, however, also found that it may be possible to mitigate these effects with the use of an experimental class of drugs that can block stress.

Senior author William Carlezon noted that while the study found that some stress-related effects on circadian rhythms are short-lived, others are long-lasting. "Identifying these changes and understanding their meaning is an important step in developing methods to counter the long-lasting effects of traumatic experiences on mental health," he added.

To demonstrate the effects of bullying, the researchers used an animal model simulating the physical and emotional stressors involved in human bullying--chronic social defeat stress.

To collect data continuously and accurately, researchers outfitted the smaller mice with micro-transmitters that are akin to activity trackers used by people to monitor their exercise, heart rate, and sleep. These mice micro-transmitters collected sleep, muscle activity, and body temperature data, which revealed that the smaller mice experienced progressive changes in sleep patterns, with all phases of the sleep-wake cycle being affected.

The largest effect was on the number of times the mice went in and out of a sleep phase called paradoxical sleep, which resembles REM (rapid eye movement) sleep in humans, when dreams occur and memories are strengthened.

Carlezon explained that these findings not only reveal what traumatic experiences can do to individuals who experience them, but also that they may someday be able to do something to reduce the severity of their effects.

The study appears in the Journal of Neuroscience.