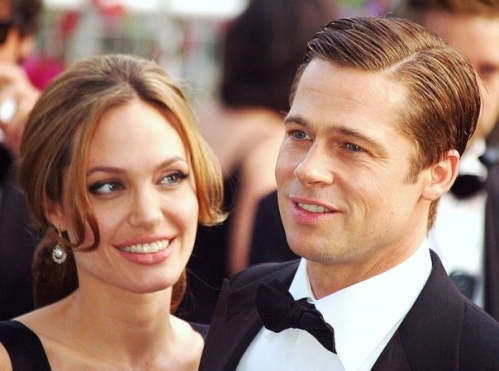 Washington DC [U.S.A] Aug 10 : Oscar winning actress Angelina Jolie and Brad Pitt have reportedly stalled their legal separation from each other after their shock split in September 2016.
According to a report by 'US Weekly', a source claims that the stars, who split last September, have not done anything to move forward following the proceedings to end their marriage.

An insider told the magazine: "The divorce is off. They haven't done anything to move it forward in several months and no one thinks they are ever going to."

The tabloid mentioned that Jolie would consider taking Brad back, 'if he showed he was committed to raising a family' and according to the source, Brad 'got sober to try and win her back'.

The publication further stated that Jolie's reason for the stalled was Brad coming clean about alcohol and 'commitment to self-improvement' in an interview with GQ earlier in May.

Brad confessed on GQ about his alcohol addiction saying, "I was boozing too much. It's just become a problem.

"I can't remember a day since I got out of college when I wasn't boozing, or had a spliff, or something.

I'm really, really happy to be done with all of that. I mean I stopped everything except boozing when I started my family. But even this last year, you know - things I wasn't dealing with. I was boozing too much."

The insider also claimed that the former couple is getting along for the sake of their children.

They were together for 12 years before announcing their split in September last year.
https://www.newkerala.com/hollywood-news.php ↣

How the timing of your food can affect weight loss

Pallavi Joshi on 'The Vaccine War': Science thriller is a new genre, we decided to accept the challenge