Not just looks, your scent and voice make you attractive 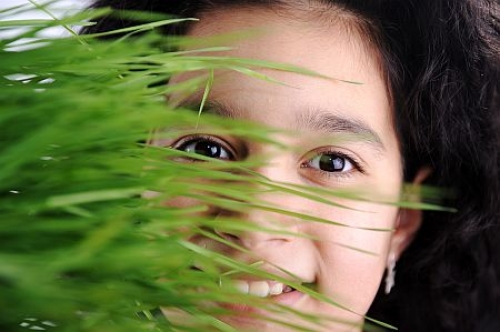 Atlanta [US], May 25 : The right voice and scent play an equally important role in making you appear attractive than just good looks, highlights a mini review in Frontiers in Psychology.

The paper's authors reviewed 73 studies on attractiveness, published between 1977 and this year, to examine the relative importance of visual, auditory and olfactory cues, said Agata Groyecka, researcher at the University of Wroclaw in Poland, who led the research.

The researchers found that the perception of attractiveness indeed is multimodal, meaning it's not reliant on just one factor, such as physical appearance, but rather multiple factors, including body odor and voice.

"Some odors are not only rated as more pleasant but also sexier, and therefore, they are likely to make people eager to flirt or date. Similarly, unpleasant odors can be discouraging to engaging in a relationship," Groyecka said.

As for voice, the researchers wrote in the paper that vocal cues help others make judgments about another person's sex, age, dominance, cooperativeness, emotional state, physical strength and possibly fertility.

Groyecka's team further found, however, that while many previous studies have focused on visual factors that influence attractiveness, few have investigated the influence of scent and voice.

"Although the literature about human's voice and olfaction has grown rapidly in past decades, we were not surprised to find that the biggest share of papers regarding attractiveness focuses on physical appearance," Groyecka said. "Olfaction and audition are largely neglected in reviews about attractiveness."

Here's a look at what we do know about how your odor and voice may influence your attractiveness.

When it comes to smell, your body odor can influence how attractive you are to someone, especially since it holds clues to your health, said Gordon Gallup, an evolutionary psychologist at the University at Albany in New York, who was not involved in the review paper.

Several diseases, such as diabetes, yellow fever, typhoid fever and the glandular disease scrofula, can be associated with certain scents. A trademark odor that has been tied to diabetes, for instance, has been described as similar to that of rotten apples.

Some research suggests that odor might also hold clues to your molecular makeup, an idea that stems from the controversial smelly T-shirt experiment. The experiment, originally conducted by Swiss researcher Claus Wedekind and published in the Proceedings of Biological Sciences in 1995 (PDF), was not included in the new review paper.

"Olfactory cues are very important. In other words, the nose knows," Gallup said.

The experiment involved 49 female college students and 44 male students. The men were asked to wear the same T-shirt during a Sunday and Monday night, in order for the fabric to collect their natural body odors.

Then, the women were asked to smell the shirts and rank the odors based on intensity, pleasantness and sexiness. The pleasantness ranking of the men's body odors was associated with being higher if a woman was not taking birth control and carrying dissimilar genes than the man. The idea is that this genetic diversity might benefit their offspring.

Since then, a few studies have conducted similar experiments, but more research is needed to determine whether the findings in such studies are statistically significant when it comes to influencing mate choice.

More research is also needed to determine the role voice may play in attractiveness, a role that dates back to our cave-dwelling ancestors, Gallup said.

"When the sun went down, if you interacted with somebody, it would be based largely on the sound of their voice. You wouldn't be able to see their face," Gallup said.

"It turns out that the sound of a person's voice is related to their health, their fertility," he said. "It's just an incredibly rich array of information that bears on the viability of that person as a potential mate."

Previous studies that Gallup has co-authored have suggested that the attractiveness of a woman's voice can vary based on her menstrual cycle -- which was included in the new review paper -- and that the attractiveness of any person's voice can be associated with their body configuration, which was not included in the new paper.

For the study about body configuration, published in the journal Evolution and Human Behavior in 2004, Gallup and his colleagues recorded the voices of 149 undergraduate students. The students counted from one to 10 in the recordings. Then they were asked to rate the attractiveness of the voices in others' recordings.

The researchers found that the higher rating of voice attractiveness for women correlated with having a smaller waist-to-hip ratio, a body type that is commonly found to be more attractive in women.

For men, the researchers found that the higher rating of voice attractiveness correlated with having a larger shoulder-to-hip ratio, or broad shoulders, which are commonly found to be more attractive in men.

A more "attractive" voice tended to be higher in pitch for women and lower for men, among other characteristics, Gallup said.

"I said 'the nose knows'; the same thing applies to sound," Gallup said. "If you're going to agree to a blind date, it might be prudent to have a telephone conversation with that person first, because the voice is a medium that conveys a tremendous amount of basic biological information."

Out of all of the senses -- sight, sound or smell -- which has the largest influence on attractiveness? That remains to be debated.

On a biological level, Gallup said, olfactory cues might be the most important for attractiveness, but more research is needed.

Laura Germine, a social neuroscientist at Harvard Medical School who was not involved in the new review paper, said all of our senses combined work together to help us gauge the attractiveness of others.

Such sensory information can guide you in making a first impression about someone in mere milliseconds, said Germine, who also serves as director of the Laboratory for Brain and Cognitive Health Technology and assistant director of the Institute for Technology in Psychiatry at McLean Hospital in Belmont, Massachusetts.

However, that first impression can shift with additional factors.

"Many have had the experience of where someone who is very attractive initially rapidly becomes unattractive after interacting with them in five to 10 minutes, because now you're integrating all of this other social information, and you've gone from saying, 'OK, this is someone that I might want to have a relationship with' ... to someone you really don't want to have any kind of relationship with," she said.

Studying how factors, outside of visual cues, play a role in attractiveness can help us not only to understand but to appreciate how all of us are attractive in distinctive ways.

"You open a magazine and you look at an attractive person. Or you watch TV where attractiveness is exclusively visual, but in the world, it's not," Germine said.

"This is where misconceptions about what makes a person attractive potentially become quite damaging and quite far off the mark," she said. "It's a very complicated interplay, which is good, because it means we make nuanced decisions."