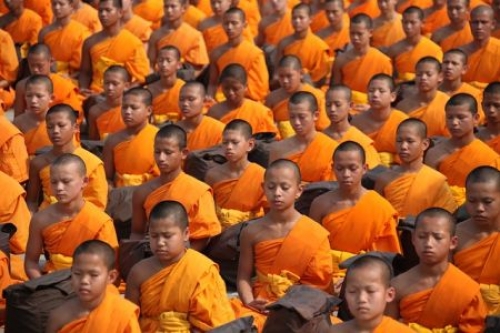 Washington D.C. [USA], April 16 : Meditation will always help, as a study finds mindfulness group therapy has an equally positive effect as individual cognitive behavioural therapy for the treatment of a wide range of psychiatric symptoms in patients with depression, anxiety and stress-related disorders.

The results suggests that various scales measured, among others, symptoms of depression, general anxiety, stress and somatisation, obsessive-compulsive disorder, interpersonal sensitivity, aggression, phobic anxiety, paranoid ideation and psychoticism. There was no difference in treatment effect between the two groups.

Group therapy with mindfulness can be a viable alternative treatment, which at the same will free up resources in healthcare to be used more efficiently.

"Our new research shows that mindfulness group therapy has the equivalent effect as individual CBT for a wide range of psychiatric symptoms that are common among this patient group," said lead researcher Jan Sundquist.

The team included 215 patients with depression, anxiety and stress-related disorders.

They studied a broad range of psychiatric symptoms and how these symptoms changed during the treatment.

The results showed that the average score for all 15 different subscales/indexes in the various questionnaires decreased significantly in both scales.

"As mental illnesses are increasing at a very fast rate it is absolutely essential to expand the treatment alternatives for this patient group in primary healthcare. Our view is that the scarce resources should be partly reallocated to mindfulness group therapy so that the limited availability of individual psychotherapy can be utilised in an optimal fashion," Sundquist concluded.