Eat Chia everyday for your daily dose of happiness 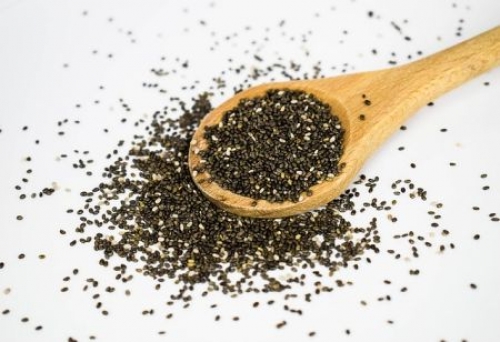 Washington D.C. [USA], April 14 : Depression has not been taken with much seriousness for long, due to social stigma or lack of awareness and diagnosis but is now an acknowledged malady that affects growing numbers of people across the world.

In a mental health survey released by NIMHANS, the National Institute of Mental Health and Neurosceinces, one in every 20 Indians suffers from some form of depression.

Not just that, as a country India was ranked 122nd in World Happiness Report released last month. If more evidence were needed, the UN has declared Depression as the theme of World Health Day 2017.

Depression can be due to various reasons ranging from endogenic to environmental causes. Sometimes environmental situations can trigger a genetic predisposition and cause the onset of depression.

However, there is now growing agreement that food plays a significant role in brain chemistry. A good food selection with the right quantities and combinations of food groups helps in better wellness resulting in effective ability to handle and recover from stresses. Being happy goes hand in hand with optimum cognitive performance, and although one cannot alter the environmental stress one is exposed to, consistent low intensity stresses of day to day life is often a challenge experienced by all.

However, right foods prevent the onset of depression or help alleviate depression.

According to growing consensus in the scientific and nutrition community, Omega-3 fats are an effective nutrient in our diet that provides adequate protection against depression.

Foods rich in omega-3 are fish and a few plant produce. Chia is one of the richest sources of plant based omega-3 fats for vegetarians. Omega-3 fats have shown a positive role in improving mood in people suffering from depression. It is estimated that some cultures, who have been consuming foods such as Chia as part of their regular diet do better than others in mental health.

Chia is an ancient grain and was an essential part of the Aztec culture with a presence in their religious practices, daily food and special foods as well as food for the ancient Aztec warriors. Over the centuries, witnessing many a military invasion, the crop lost its presence and was revived only in the recent past.

Chia seeds occur in nature in black, mottled and white forms with white seeds having an edge over the rest. Due to its high import costs, super foods have been inaccessible to a majority of consumers in India leave alone the common man. However all that may be about to change.

India's premier nutrition research development organisation, Central Food Technology Research Institute, has developing agro-technologies to grow superfoods in Indian conditions, and as a pilot programme provided Chia seeds for free to Indian farmers. CFTRI has developed blue flower, white seed chia lines which blend seamlessly into foods, which have a better market globally. Farmers from across the nation have benefited with better incomes due to the seeds they received and cultivated with CFTRI agro-technology.

Chia seeds do not require post-harvest processing and can be directly consumed after harvesting and cleaning. It is highly versatile and can be consumed by adding to our daily foods. Chia upon adding to water becomes a gel that is easy to drink. One can add about 3-gram Chia to a glass of water and allow the water to rest for about 10 minutes; the seeds form a transparent gel that can be easily consumed. Seeds can blend well in into fruit juices, smoothies, shakes, buttermilk, puddings and bakery products like bread and cakes. The neutral taste of the seed helps in seamless blending into all food products. On an average, an adult needs about 1-1.6 gram of omega-3 fat daily (www.nutri-facts.org and that can be met by simply 1 teaspoon of chia seeds dissolved in water or in any other form.

One of the main focus of CFTRI's work on superfoods like Chia is to make it easily available and affordable to Indians at large so that it can gain the currency of a stable like a dal or pulses of everyday use. Daily consumption of Chia will help to supplement omega-3 fats among all age groups. Chia can offer a daily dose of good healthy fat into our lives every day in just a teaspoon and help overcome depression.

Prof. Ram Rajasekharan, Director, Central Food Technological Research Institute said, "Recent global studies have shown that populations who consumed omega-3 rich foods regularly had lower incidences of depression, underscoring its importance in maintaining cognitive health as well as overall health. Chia is one of the richest sources of plant based omega-3 fats for vegetarians (otherwise present in certain varieties of fish) but has been out of reach since it was imported, not easily available and very expensive."

Adding, "All that is now about to change since at CFTRI we have developed agro-technologies to grow superfoods like Chia in Indian conditions in order to make it easily available and affordable to Indians. Because of its neutral taste and versatility, Chia can be easily incorporated into our daily food (can be easily added in shakes, smoothies, bakery products etc.) and we hope it can, over time gain the currency of a staple like a dal. Chia can offer a daily dose of good healthy fat into our lives every day in just a teaspoon and help overcome depression and maintain overall good health."