These injection shots can keep your bones strong 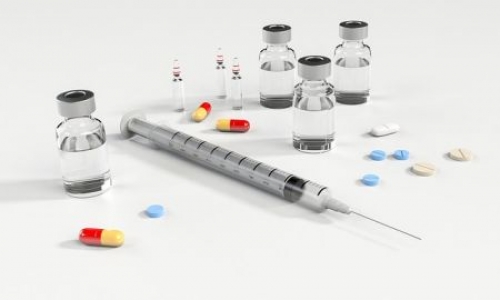 Washington D.C. [USA], Mar. 30 : Making your bones stronger may be as easy as getting injections of peptide, according to a recent study.

Two University of Delaware researchers and their students have joined forces - applying the mathematical modeling expertise of one to the biological inquiry of the other - to point the way to a promising remedy.

The biologist, Anja Nohe, has shown that treating a mouse with a peptide known as CK2.3 increases bone mineral density. The mathematician/engineer, Prasad Dhurjati, has calculated estimated dosages for human beings.

According to their model, injections of CK2.3 can raise bone mineral density of bones badly degraded by osteoporosis back to healthy levels.

The peptide used in this research, CK2.3, is the only one that decreases bone degradation while simultaneously increasing bone formation.

The study is published in Pharmacometrics and Systems Pharmacology.