Gastrointestinal cancer: Walk your way to healthy life during chemo 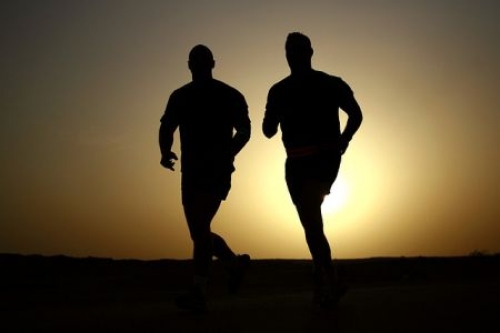 Washington D.C. [USA], Mar. 13 : Walking or jogging helps patients with advanced gastrointestinal cancer to cope better with the side effects of chemotherapy, according to a recent study.

The Goethe University Frankfurt study shows that patients with an advanced gastrointestinal tumor can also profit from exercise therapy.

In accordance with the recommendations of the American College of Sports Medicine, the participants exercised either three times a week for 50 minutes or five times a week for 30 minutes at a pace which they considered to be "slightly strenuous."

If they were unable to manage this, then they were allowed to shorten their training sessions on the basis of a standardized model.

"For some patients, it was difficult to carry out the walking or jogging program in accordance with the recommendations," explained Katrin Stucher. "A frequent obstacle was the weather: either it was too cold, too hot or too wet. But the side effects of the chemotherapy, such as loss of sensation, weakness, exhaustion, infections or severe diarrhea, also often meant that they had to reduce or even discontinue the programme."

For the participants in the study, the complementary exercise therapy proved valuable despite the need for occasional breaks. Muscle mass improved as did functional properties, such as balance, walking speed and leg strength. The study also showed first indications that the toxicity of the chemotherapy can be reduced through moderate activity. This is important because it is especially due to severe toxic effects that patients with gastrointestinal cancer often have to reduce the dose or even discontinue the chemotherapy altogether.

"We believe that it will make sense in future to offer patients opportunities for physical exercise during chemotherapy. To eliminate adversities through the weather, exercise rooms could be set up in hospitals. In addition, we should motivate patients to continue with the program after they have taken a break because of side effects," said researcher Winfried Banzer.