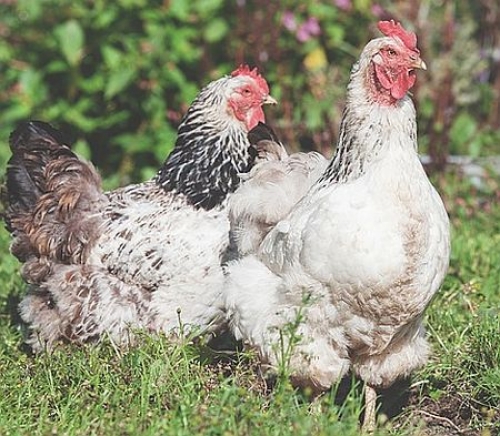 Washington D.C. [USA], Feb. 18 : To boost breeding of endangered poultry breeds, Briton researchers have come up with gene-editing techniques for the rare breeds to use them as surrogates that cannot produce their own chicks.

The advance -- using gene-editing techniques -- could help to boost breeding of endangered birds, as well as improving production of commercial hens, researchers say.

The appeared in the journal Development.

Researchers explained that donor primordial germ cells from other breeds could be implanted into the gene-edited chickens as they are developing inside an egg. The surrogate hens would then grow up to produce eggs containing all of the genetic information from the donor breeds.

"These chickens are a first step in saving and protecting rare poultry breeds from loss in order to preserve future biodiversity of our poultry from both economic and climate stresses," said lead researcher Dr Mike McGrew.

The surrogate chickens are the first gene-edited birds to be produced in Europe.

The team used a genetic tool called TALEN to delete a section of chicken DNA.

They targeted part of a gene called DDX4, which is crucial for bird fertility.

Hens with the genetic modification were unable to produce eggs but were otherwise healthy, the team found.

'DDX4' plays an essential role in the generation of specialised cells -- called primordial germ cells -- which give rise to eggs.