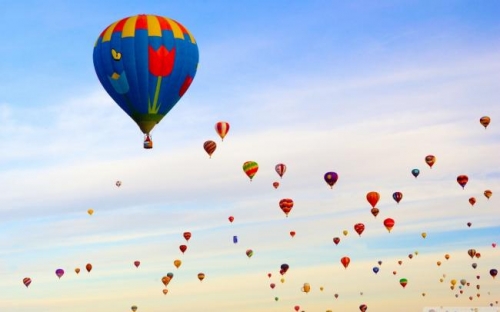 London, Jan 31 : A common birthday party favour can blow up into a problem for childrenâEuro"but also a bigger conversation about hearing loss, say University of Alberta researchers.

U of A hearing experts Bill Hodgetts and Dylan Scott measured the noise generated by bursting balloons and were startled to find that the impact, at its highest level, was comparable to a high-powered shotgun going off next to someones ear. They arent out to be party-poopers, but they want to use their findings about bombastic balloon noise, published in Canadian Audiologist, to raise awareness about general risks to hearing, read the University of Alberta website.

This research is a conversation starter, said Hodgetts, an associate professor of audiology. We are not saying dont play with balloons and dont have fun, just try to guard against popping them. Hearing loss is insidiousevery loud noise that occurs has a potential lifelong impact. We want people to be mindful of hearing damage over a lifetime, because once you get to the back end of life, no hearing aid is as good as the once healthy built-in system in your inner ear.

The shock to tiny eardrums may not seem worrisome; after all, how often is the average child exposed to a constant barrage of popping balloons? But it does raise the question of safety thresholds for impulse noisecreated by a sudden burst of intense energythat can result in gradual hearing loss.

Both fathers of young children, Hodgetts and Scott wanted to explore the balloon noise that often goes hand-in-hand with birthday parties, where the urge to pop the floating toy is irresistible. Hodgetts got the idea after seeing a YouTube video where kids at a party stomped hundreds of balloons.

I thought the acoustic insult on those kids ears must be something to be concerned about, so we asked the question, how loud are these things?

Wearing ear protection and using a high-pressure microphone and a preamplifier, Hodgetts and Scott measured the noise effects by busting balloons three different ways: popping them with a pin, blowing them up until they ruptured and crushing them until they burst.

The loudest bang was made by the ruptured balloon at almost 168 decibels, four decibels louder than a 12-gauge shotgun. The Canadian Centre for Occupational Health and Safety recommends that the maximum impulse level any Canadian should experience should not exceed 140 decibels. Even one exposure could be considered potentially unsafe to hearing for both children and adults.

Its amazing how loud the balloons are, Scott said. Nobody would let their child shoot something that loud without hearing protection, but balloons dont cross peoples minds.

The results for the other two methods were slightly lower, but still a concern, he said.


Hearing damage occurs when the delicate hair cellswhich dont regrowin the inner ear are worn down by noise.

We used to put on suntan oil and go as dark as we could, but you look at parents and schools and daycares and its now part of the routine to put sunscreen on a child.

Adults should also follow suit, Hodgetts added, noting that he often sees parents clapping hearing protection on their children at family events like music or theatre festivals, but not doing the same for themselves.