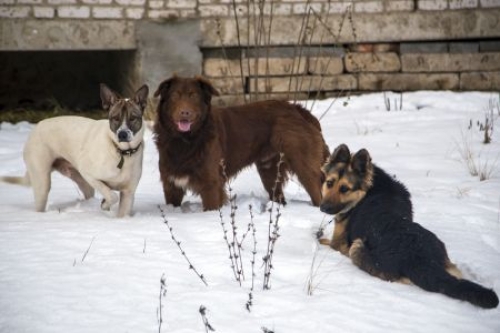 Washington D.C. [USA], Jan. 29 : Sharing is caring! A new study reveals that like humans, rats, and chimpanzees, dogs also share their food with their kind, but prefer their friends more.

The findings revealed that dogs continued to prefer familiar partners. However, the increased complexity of the task influenced the readiness with which the dogs delivered a food reward to another animal.

"This time we not only tested a different experimental set-up but also the level of difficulty," said Rachel Dale from Messerli Research Institute at Vetmeduni Vienna.

"The dogs were first trained to touch a token in exchange for a food reward for themselves. They were then trained to recognise two more tokens: one that resulted in a reward being delivered to a partner dog and another which did not," Dale added.

Three experiments were conducted to test whether the dogs exhibited prosocial behavior and whether they had to recognise special objects in the form of tokens in order to deliver a food reward to the other dog.

In the first test, either a familiar dog or a stranger sat in the receiver enclosure. The dogs could see each other during the experiment.

In the second test, the receiver enclosure remained empty but the other dog was present in the testing room.

In a third test, the test dogs were alone in the entire set-up.

At the end of each test series, the donor animals would reward themselves by being allowed to touch the token that delivered the food reward to them.

The study confirmed that dogs continue to exhibit prosocial behaviour despite the more complex task.

The dogs clearly showed a preference for sharing the food reward with a familiar dog. Unfamiliar dogs were rewarded nearly three times less than the familiar ones.

The results also revealed that when a second dog was present in the testing room, the donor dogs were more motivated to give a food as a reward.

When the test dogs were alone in the room, the number of food deliveries went down.

Given a more complex task, the presence of a partner appears to play a greater role. In this case, too, the donor dogs preferred familiar partners.