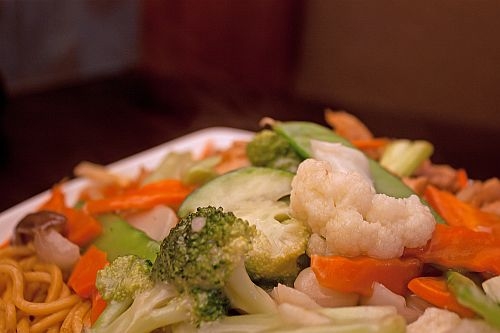 The study has been published in the British Food Journal.

To gauge this, semi-structured interviews were conducted by Dr. Rachel Povey and Lisa Cowap, from the Centre for Health Psychology of UK-based Staffordshire University, along with Lucy Gratton, a Public Health Development Officer from Staffordshire Public Health, with children aged 9-11 from an after school club at a primary school in a deprived area of England.

The results from the study were encouraging as the children seemed to have a very good awareness of the health benefits of eating fruit and vegetables.

However, children were also found to hold negative beliefs towards fruit and vegetables.

Some of these beliefs were associated with the senses (such as taste and texture), for example, one child described eating a mushroom to be like "eating a small furry animal" and another suggested that mushrooms tasted like "slimy worms".

Parents were found to be positive influences on children's eating habits, but surprisingly siblings and friends were sometimes shown to have negative influences, including teasing children for being "square" for eating fruit and vegetables.

On thorough analysis, six master themes were identified from the data. While each of these themes dealt with different beliefs about fruit and vegetable intake, they were also interrelated.

Theme 1: Effect on the senses- The way these food items appeared, smelled and tasted affected their consumption pattern. Several children believed that disguising fruit and vegetables using various methods such as covering them with sauces or mashing them with other foods cover up the effect of negative tastes and textures and made them easier to eat.

Theme 2: Feelings towards fruit and vegetables- Several of the children also felt that eating fruit and vegetables was a chore and used words like "got to" and "forced to" when describing their feelings. This implies that it was an activity that had to be undertaken regardless of choice, which negatively affects its desirability.

Theme 5: Convenience - Increased accessibility to fruit and vegetables make it easier for children to eat these foods. The way the fruit and vegetables were prepared effected consumption. For instance, children found it more convenient to eat a fruit if it was sliced into pieces. It seems that preparation per se is a barrier they may face and have to overcome before consumption.

Hereby, in this scenario, suggestions for interventions include increasing the appeal and availability of pre-prepared fruit and vegetables in both home and school environments. Additionally, influence of peers and older siblings to promote healthy eating as a positive social behavior is recommended as these groups appear to play a key role in terms of promoting the consumption of these foods.