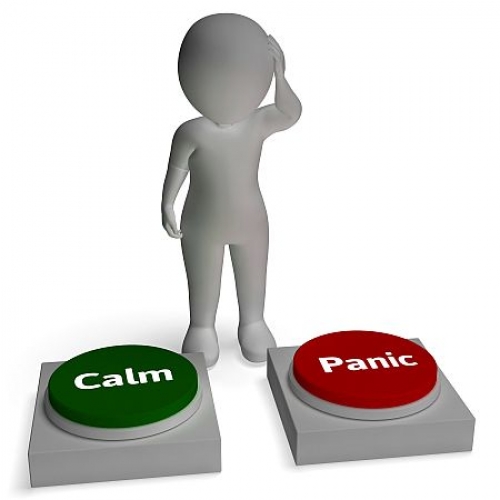 A new study finds that heightened activity in the region of the brain involved in stress - amygdale - is linked to greater risk of heart disease and stroke.

The findings published in the journal The Lancet also reveals a pathway leading from activation of the amygdala through elevated immune system activity to an increased incidence of cardiovascular events.

"While the link between stress and heart disease has long been established, the mechanism mediating that risk has not been clearly understood," said lead study author Ahmed Tawakol from Massachusetts General Hospital (MDH) in Boston, US.

The participants had PET/CT brain imaging, primarily for cancer screening, using a radiopharmaceutical called FDG that measures both the activity of areas within the brain and also reflects inflammation within arteries.

The Icahn School of Medicine at Mount Sinai in New York conducted the second study and enrolled 13 individuals with a history of post-traumatic stress disorder.

The participants in the larger longitudinal study, 22 experienced a cardiovascular event - such as a heart attack, stroke or episodes of angina -- in the follow-up period and the prior level of activity in the amygdala strongly predicted the risk of a subsequent cardiovascular event.

"Moreover, this study identifies, for the first time in animal models or humans, the region of the brain that links stress to the risk of heart attack and stroke," Tawakol stated.

The results revealed that those with higher amygdala activity had a greater risk of subsequent cardiovascular disease and developed problems sooner than those with lower activity.

The researchers also found that the heightened activity in the amygdala was linked to increased bone marrow activity and inflammation in the arteries, and suggest that this may cause the increased cardiovascular risk.

The authors suggest a possible biological mechanism, whereby the amygdala signals to the bone marrow to produce extra white blood cells, which in turn act on the arteries causing them to develop plaques and become inflamed, which can cause heart attack and stroke.

In the smaller study, the participants' current stress levels were strongly associated with both amygdalar activity and arterial inflammation.

"It would be reasonable to advise individuals with increased risk of cardiovascular disease to consider employing stress-reduction approaches, if they feel subjected to a high degree of psychosocial stress," Tawakol stated.