It's time for you to 'cycle away' from diabetes 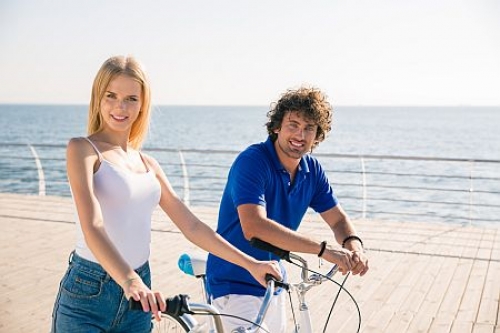 Washington D.C, July 13 : You may want to dust off your bicycle and hit the road as a recent study has found that the two-wheeled habit can help you live a diabetes-free life.

Habitual cycling, whether as transportation to work or as a recreational activity, is associated with lower risk of developing type 2 diabetes (T2D), according to the research conducted by Martin Rasmussen of the University of Southern Denmark, and colleagues.

The study of 24,623 men and 27,890 women from Denmark, recruited between the ages of 50 and 65, found that participants who engaged in habitual cycling were less likely to develop T2D and risk of developing T2D appeared to decrease with longer time spent cycling per week. Five years after they were initially recruited, participants were contacted for follow-up and their cycling habits were re-assessed. People who took up habitual cycling during this period were at 20 percent lower risk for T2D than non-cyclists.

While the authors adjusted for potential confounding variables such as diet, alcohol and smoking habits, and physical activity outside of cycling, and also analysed for confounding by waist circumference and body-mass index, there is a chance these results may have been affected by unmeasured confounding, or bias due to patients with missing data, or as a result of self-reported cycling behavior.

However, the findings that cycling activity, and even initiating cycling in late adulthood, may reduce risk of T2D, supports development of programs to encourage habitual cycling.

Rasmussen said, "We find it especially interesting that those who started cycling had a lower risk of type 2 diabetes, given that the study population was men and women of middle and old age. This emphasizes that even when entering elderly age, it is not too late to take up cycling to lower one's risk of chronic disease."

The study appears in PLOS Medicine.