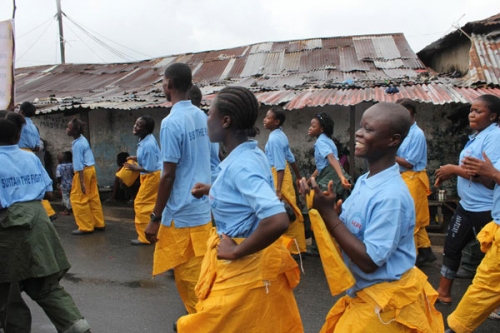 London, Mar 26 : A team from the University's School of Biosciences examined the differences between Ebola viruses that cause severe disease in humans and the Reston virus that does not.

The Reston virus, which is known to circulate in domestic pigs in Asia and occasionally infect humans, is currently the only member of the Ebolavirus family not to have been reported as causing life-threatening disease, including haemorrhagic fever in humans.

Using computational analysis of the sequences of the genomes of Ebolaviruses and a computational prediction of the effects of sequence variations on virus function, the researchers, Dr Mark Wass, Senior Lecturer in Computational Biology, Professor Martin Michaelis, Professor of Molecular Medicine, and Dr Jeremy Rossman, Lecturer in Virology, and their teams, identified characteristic differences in a number of virus proteins.

The results suggested that only a few changes in one Ebolavirus protein, VP24, may be necessary to render the Reston virus into a virus that can cause human disease.

There may be a risk therefore that Reston viruses acquire the few mutations necessary to cause disease in humans and to develop into a novel health threat.