Taapsee Pannus next thriller Blurr to release directly on OTT 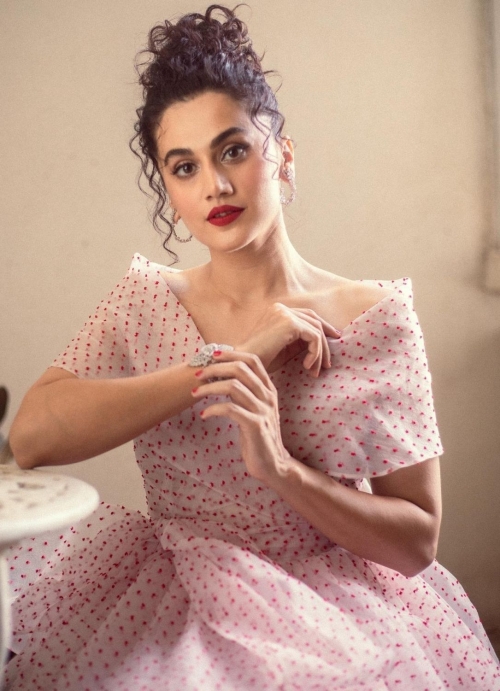 On Wednesday, Taapsee took to her social media account and announced that 'Blurr' will stream exclusively on the OTT platform Zee5 from December 9, 2022.

Taking to Twitter, the 'Badla' actor shared a motion poster which she captioned, "There's always more than what meets the eye! #BlurrOnZEE5 premieres 9th December."

Soon after the actor shared the news, fans swamped the comment section and dropped red heart and fire emoticons.

"Woaaaaaaah always super excited for your movie," a fan commented.

Another fan wrote, "You always come with good and unique content mam. I was eagerly waiting for your work after Dobara. Will look forward for it. All the very best mam."

Helmed by Ajay Behl, the film also stars the 'Shaitan' actor Gulshan Devaiah in the lead role. The movie has been produced by Zee Studios, Outsider Films and Echelon Productions.

The film also marks Taapsee's debut as a producer.

Reportedly, 'Blurr' was partly shot in the heritage buildings of Nainital with Mall Road and Russian Bypass. Besides this, certain scenes were covered at places like Bhimtal, Bhawali Sattal, and Mukteshwar.

Meanwhile, Taapsee was recently seen in a thriller film 'DoBaaraa' which failed to impress the audience at the box office.

She will be next seen in director Rajkumar Hirani's upcoming film 'Dunki' alongside Shah Rukh Khan and with actor Pratik Gandhi in 'Woh Ladki Hai Kahan'.

Taapsee Pannu's next thriller 'Blurr' to release directly on OTT