New Delhi, Nov 24: Commonwealth law ministers on Thursday unanimously agreed to recommend the Commonwealth Principles on Freedom of Expression and the Role of the Media in Good Governance to Commonwealth Leaders to consider at the next Commonwealth Heads of Government Meeting (CHOGM). 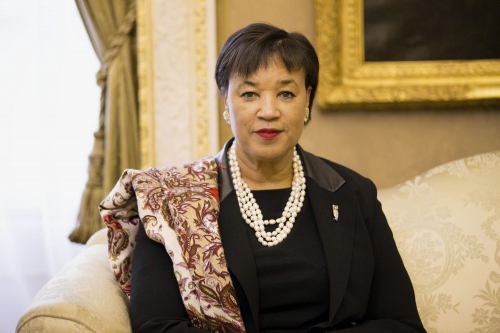 Welcoming the consensus, Commonwealth Secretary-General, Patricia Scotland, said "I welcome the unanimous agreement of law ministers today to progress these principles for recommendation to leaders at our next heads of government meeting. The indispensable role of the media, the 4th estate, in a modern democracy cannot be overstated. Our Commonwealth Charter affirms that freedom of expression, including media freedom, is essential to the flourishing of democratic societies and a basic condition for development.

"An important role of the Commonwealth is to help to build consensus amongst our members on the vital issues that they face.

"By realising the values and aspirations of our Charter across all the countries of the Commonwealth, we will deliver political, economic and social systems and services which are robust, effective and fair, resulting in reduced demands on justice systems in the future."

The primary objective of the Commonwealth law ministers meeting is to advance Commonwealth consensus and cooperation and to enable law ministers to set clear directions on a range of legal, rule of law and justice issues of mutual interest to member countries.

During discussions, law ministers expressed gratitude to the Commonwealth Accredited Organisations for their hard work, dedication and valuable contribution to and development of the draft principles and also thanked the expert working group, chaired by a representative of Jamaica, for their valuable contributions to reaching an agreement.

Ahead of this week's discussions, law ministers received a paper to consider on freedom of expression and the role of the media in good governance in the Commonwealth.

The Commonwealth's diverse membership spans to include 56 countries and it is home to 2.5 billion people and includes both advanced economies and developing countries. Commonwealth member governments have agreed to shared goals on development, democracy and peace and the Commonwealth values and principles are expressed in the Commonwealth Charter.