So glad to be back; hope to get a chance to defend the 50-over World Cup title: Jofra Archer

Abu Dhabi, Nov 24: England fast bowler Jofra Archer is glad to be making a comeback into competitive cricket on return from a long injury lay-off and is hoping to be fit enough to get a chance to be a part of the ODI side defending their World Cup crown in India next year. 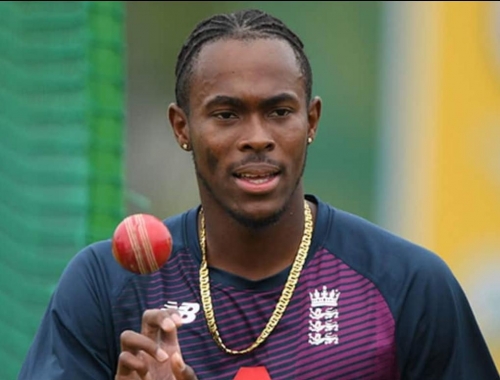 Archer has not played for England since the five-match T20I series in India in March 2021 and had undergone three bouts of surgery since then - first on his hand to remove a shard of glass, and two on his troublesome right elbow.

Earlier this year, Archer was ruled out of the entire competitive cricketing action of the English season after being diagnosed with a stress fracture in his lower back.

But on Wednesday, in England versus England Lions warm-up match at Tolerance Oval in Abu Dhabi, Archer bowled nine overs across two spells and even hit Zak Crawley on the helmet with a sharp bouncer in first over of cricketing comeback.

"I am so, so glad to be back and this is a big year, we just won the T20, we have the 50-over coming up so, hopefully, I get a chance to help defend the title. That (50-over World Cup) is the goal," Archer was quoted as saying by Sky Sports.

For now, Archer is happy to be back in the mix for England and feels he needs to work a bit harder to be fully fit. "Being back here in Abu Dhabi, in and around the guys, it is kind of heart-warming, it makes you feel like you are at home again, seeing all the familiar faces, seeing all the boys again."

"I still don't think I am 100 per cent as yet; I still need to do some more work to get the body back up and fit and firing. But in the short-term, just to be fit is the most important thing."

Archer, who was later unveiled as MI Cape Town's wildcard signing for the inaugural season of the SA20, admitted that he had some pain afterwards after bowling nine overs in the practice match, largely due to coming back after a lot of time on the sidelines.

"This morning, it kind of felt like a bus hit me but that is a good feeling. I was glad to get a run out, especially with the boys. It is almost like being back playing with them."

"There are some restrictions.... the coach and the physio said I could use my discretion with how much I wanted to bowl. I think I did enough for a first run out."

So glad to be back; hope to get a chance to defend the 50-over World Cup title: Jofra Archer