Composed and written by Mithoon, who recently got married to playback singer Palak Muchhal, the song has been crooned by Mohit Chauhan and Mithoon himself. 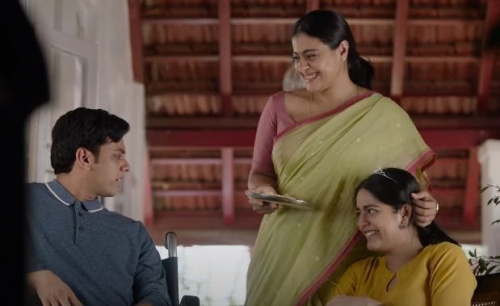 The video of the song depicts how the health condition of Venky doesn't stop him from achieving and fulfilling his desires and goals. From chess to football, Venky can be seen doing it all in the song.

The song has an anthemic feel to it and features good use of guitars in different presets with a prominent percussion section at the forefront of the melody. The song also features Bollywood superstar Aamir Khan towards the end of its runtime.

Presented by Connekkt Media and produced by Suuraj Sinngh, Shraddha Agrawal, and Varsha Kukreja under the banner BLIVE Productions and RTAKE Studios, 'Salaam Venky' is directed by Revathy and is set to release in cinemas on December 9, 2022.