Washington, November 24: According to Rutgers researchers, teens and young adults who are treated for sleep disorders with benzodiazepines such as Xanax - a medicine often recommended to treat anxiety and sleeplessness - may be at a higher risk of overdose. 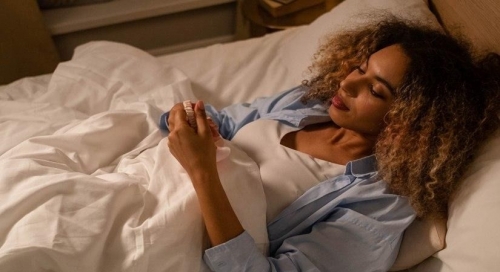 The study, published in JAMA Network Open, examined how often young people with sleep disorders had a drug overdose in the months after starting a prescription sleep medication.

According to the National Institute on Drug Abuse, benzodiazepines were involved in 12,290 overdose deaths in 2020, up from 6,872 in 2011 and 1,135 in 1999. However, Rutgers researchers said the risks of drug overdose in youth populations prescribed a benzodiazepine treatment for insomnia was unclear.

Researchers found young people using benzodiazepines for common sleep conditions had an increased risk of overdose during the six months after starting treatment compared with other prescription sleep medications, including trazodone, hydroxyzine and z-hypnotics.

"The risk of drug overdose with benzodiazepine treatment is an important safety consideration when treating adolescents and young adults," said Greta Bushnell, an author of the study and a faculty member at the Center for Pharmacoepidemiology and Treatment Sciences at the Rutgers Institute for Health, Health Care Policy and Aging Research (IFH). "We hope these results can inform prescribing decisions and encourage close monitoring in this young patient population."

Researchers also found the risk of overdose was highest among young people starting treatment with benzodiazepines who recently were prescribed an opioid.

"Given the frequent co-use of benzodiazepines with other substances, it is important to discuss with young people the potential associated harms," said Bushnell, who is an assistant professor at the Rutgers School of Public Health. "Because other substance use may be unknown to the prescriber, adolescents and young adults should be screened for substance use and a history of overdoses before treatment."

Bushnell said continued research is needed to determine how specific benzodiazepine treatment details, such as dosage, alter the risks of overdose.

Guptill is not retired, still motivated to play and get better: NZ skipper Williamson
Kiara Advani, Vicky Kaushal's item number 'Bijli' from 'Govinda Naam Mera' to be out soon