Till trailer shows a mothers relentless fight for justice

Mumbai, Nov 24: The trailer of the upcoming biographical movie 'Till was unveiled on Thursday.

It gives a sneak peek into the relentless fight of Mamie Till-Mobley (played by Danielle Deadwyler) to seek justice for her 14-year-old son, Emmett, who was brutally lynched while visiting his cousins in Mississippi in 1955. 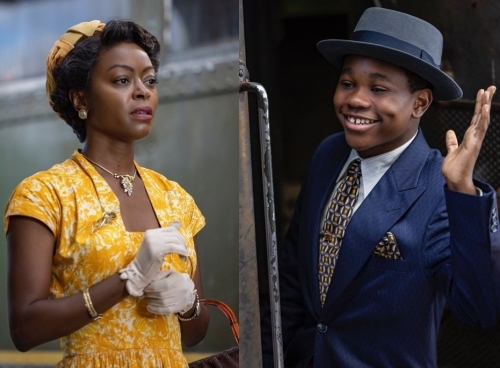 In Mamie's poignant journey of grief that turned into a revolution that is still going on, the viewers can see the universal power of a mother's ability to change the world. Mamie Till-Mobley was an American educator and activist, whose son was murdered after accusations that he had whistled at a white woman, a grocery store cashier named Carolyn Bryant.

For Emmett's funeral in Chicago, Mamie Till insisted that the casket containing his body be left open because she wanted the world to see what they did to her baby. The trailer has good use of bright colours to bring out the contrast of telling a dark story from the pages of history which smashed racism.

'Till' trailer shows a mother's relentless fight for justice

SA20 league would be one of the bigger events in the local franchise system: Quinton de Kock
'Tera Kya Hoga Lovely' starring Randeep Hooda, Ileana D'cruz to screen at IFFI