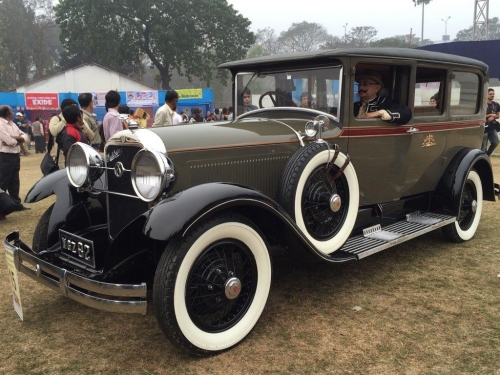 The rally in Delhi will be flagged off from the Statesman House on Barakhamba Road in the heart of the national capital.

The Statesman has been organising this prestigious rally since 1964 in Delhi.

On March 6 this year, owing to Covid restrictions, The Statesman held a vintage car 'display' instead of a full-fledged car rally.

The Statesman Vintage iamp; Classic Car Rally is an annual event that takes place in Delhi and Kolkata. It's one of the oldest, continuously-run events in India and the sub-continent. First organised in 1964 in Delhi, the rally was taken to Kolkata in 1968.

Major attractions of the event are assembly of vintage and classic cars, followed by a drive through the city where cars are assessed for originality and performance on the road section, display of period and fancy dress, grand parade and live music.

Owners of the cars eagerly look forward to the rally as it gives them a unique opportunity to drive their well-maintained machines on modern roads.