How is Disney Plus Impacting Disneys Bottom Line and Stock Price?

London, Nov 24: About three years ago, when the race for the best streaming services was all the rage, Disney launched its Disney Plus channel. 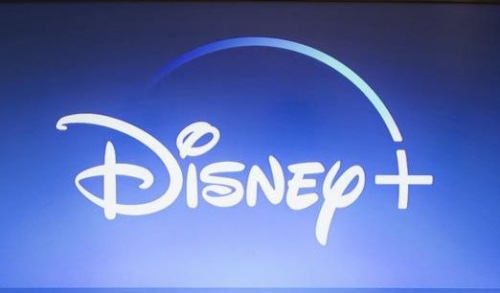 Disney+ was established on November 12, 2019 in the United States and Canada, and, during the same week, it expanded to Europe and Australia.

The losses in the streaming services continue to pile up, and while streaming continues to be a competitive product, it's not helping Disney's bottom line. Given the sharp downtrend in stock prices (see chart), it's hard to determine how much of an impact the streaming services have had on the Disney's share price. It is clear that Disney is underperforming, and after it released its latest earnings, the stock price tumbled. What is also clear is that higher inflation is taking a bite out of Disney+ margins. There does not seem to be any end to the cost of talent that can produce content.

When Did the Steaming Service Launch?

Disney launched its new Disney+ streaming service with much fanfare in November 2019. Disney terminated its streaming distribution deal with Netflix in the same year and believed it could use other streaming services, such as ESPN and Hulu, to enhance the offerings of Disney+. Disney+ relies on a streaming technology that BAMtech established in 2015. The goal was to stream original Disney content, including films and TV productions, intended for exclusive release on Disney+. Disney added its hat to the streaming service wars, taking on Netflix, HBO, Paramount, and Amazon Prime Video. The service's launch was positively received, but it was initially criticized for missing certain content.

Then the Pandemic Hit

The streaming wars were in full battle mode ahead of the COVID-19 pandemic, which started to spread throughout Europe and the United States in early 2020. The following lockdowns made it difficult for schools to meet in person, and children were left to study via video conference. While the pandemic generated headwinds for Disney as parks shuttered, profits from the streaming service started to percolate. Earnings from the streaming service helped cushion the blow experienced by the impact of COVID-19. In February 2021, Disney reported financial results for Q4 201 that showed bottom-line results of USD0.32 per share, down from USD1.53 per share the year earlier. The closures of the parks resulted in a USD2.6 billion decline in operating income. Disney+ attracted slightly more than 90 million subscribers, which was more than expected.

The streaming services from Disney and others experienced elevated demand in 2020 and most of 2021, as lockdowns continued to make in-person gatherings a challenge. Without a vaccine, there was little opportunity to gather.

The Pandemic Begins to Subside

While the pandemic is still ranging in some areas of the world, including China, many countries that have used vaccinations to eradicate COVID-19 have gone back to life as normal to some extent. While working environments are mixed, with some hybrid and virtual mixed in, schools are mostly back to normal with children gathering together.

The process started as the first COVID-19 vaccine was approved in December 2020. The Food and Drug Administration in the United States approved a COVID-19 vaccine from Pfizer-BioNTech, released under emergency authorization. At first, people that were immune compromised were eligible, but throughout 2021, more of the population became eligible to receive the vaccine. Initially, the vaccine was available to people over the age of 16, and over time, the vaccine became available to children.

As the vaccine became prevalent, more people started leaving their homes, and their desire to purchase goods was replaced with the desire to have experiences. After several lockdowns and the lack of interaction, consumers wanted something more than a new TV and a good streaming service.

Fast Forward to Q3 2022, and the demand for Disney+ continues to face headwinds. Disney reported financial results for the quarter ending October 1, 2022, including an operating loss of USD1.47 billion, about USD800 million more than the earlier quarter year. Revenue increased by 8% to approximately USD4.9 billion. The company said that most losses came from Disney+ and its ESPN+ services. Disney also lost money in its other television networks, such as pay TV, whose revenues declined by 5%. While the financial results related to streaming services were disappointing, Disney said that the company expects streaming losses to narrow and remain on track to experience profitability in 2024. Streaming earnings were slow globally and therefore had little impact on forex trading.

Disney is experiencing headwinds on multiple fronts when building out its streaming businesses. Not only does content cost more as wages continue to rise, but advertisement is starting to pull back as higher interest rates take a bite out of spending. While Disney has robust pricing power, higher inflation rates are melting margins. Rising costs are the main drag on the Disney+ services, which appears to be hurting the stock price.

Inflation is a Critical Issue

Analysts who evaluate Disney steaming and the impact that it is having on the stock price point to inflation expectations as a negative catalyst. Inflation includes everything that is impeded by higher costs. According to the U.S. Labor Department, wages are up more than 5% year over year. Margins weakened at Parks and Experiences and products in Q3 due to higher inflation and lower margins.

Disney is also facing inflation that is not macroeconomic and more related directly to the streaming business. The robust competition in the stream wars for specific talent for everything from production to creating content has increased. It might be much harder to find a skilled worker who has experience creating animation than it is to find someone who will wear a Disney costume at one of the company parks.

The talent competition has increased wages in the space, and there is no slowdown. Higher costs in the streaming businesses offset the pricing power that Disney enjoys. While the easing of the pandemic helped the experiences at the Parks generate more revenue, it started to hurt the advertisement spent on streaming.

What became clear is that streaming as a catalyst will not always be positive for the stock price. It's unclear how much of an inflation problem Disney faces and how sticky the situation will be over time. While the Federal Reserve thought inflation would be transitory, they quickly turned their outlook once prices started to blaze out of control. October U.S. CPI came in at 7.7% year over year, slightly better than the 7.9% expected. Unfortunately, most of the decline in inflation was on the goods side. Used cars, trucks, and apparel significantly contributed to the decline in inflation.

There have yet to be signs that wage inflation is subsiding. The most recent Jobs Opening and Labor Turnover report showed that there are 10.2 million job openings in the United States. This figure means that two jobs are open for every person looking for a job. The streaming business will not be able to gain traction if the price for talent that creates talent continues to rise.

Disney continues to make the bulk of its revenues from park attendance. During the initial stages of the pandemic, the parks were closed, which generated a massive hole in revenues company-wide. During this period, streaming services led by Disney+ were the highlight of their earnings release. They were considered one of the new business lines that could help Disney generate more robust growth once these businesses became profitable.

The relaxation of lockdowns and the increase in people gathering together has helped the Parks division get back on its feet. The biggest issue that both the parks and the streaming services face is higher costs to produce their products.

Streaming services face a tough inflation battle. The cost of content continues to rise, and wages for specialists in the production and content area continue to increase. Disney did not plan for reduced margins due to higher prices. While inflation is beginning to come down, there is no relaxation in the cost of talent, which could put Disney's view of a profitable Disney+ in 2024 in jeopardy.

How is Disney Plus Impacting Disney's Bottom Line and Stock Price?