New Delhi, November 24: Kannada actor and director Rishab Shetty's film 'Kantara' is all set to start its OTT journey after getting a massive response from the audience. 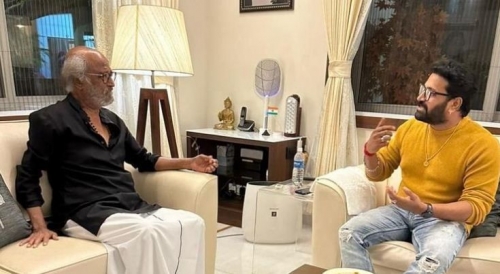 On Wednesday, taking to Instagram, Amazon Prime along with the director Rishab dropped a poster of the film along with a caption, "putting an end to all the wait!!!#KantaraOnPrime, out tomorrow."

'Kantara will be streaming on Amazon Prime from November 24 and it will be available in in four languages, Tamil, Telugu, Malayalam, and Kannada.

The Hindi audience experienced disappointment in the comment section.

One of the users wrote, "Guys Hindi version will also come but the thing is Kantara is still rocking in Hindi belt at theaters. So be patient."

Helmed by Rishab Shetty 'Kantara' was released on September 30 and got a massive response from the audience for its storyline and amazing visuals.

In the past couple of years, many south Indian films like 'Baahubali', 'KGF', 'Pushpa', 'Karthikeya 2' and now 'Kantara' havde got worldwide appreciation for their amazing content.

Set in the fictional village of Dakshina Kannada, Kantara follows the character of Shetty, who is playing a Kambala champion, who has a faceoff with an upright Forest Range officer.