My first acting stint was a disaster: Anupam Kher

Panaji, Nov 24: Recalling his acting stints in school plays, renowned actor Anupam Kher has said that his first acting stint was a disaster, but his father encouraged him for at least trying his best. 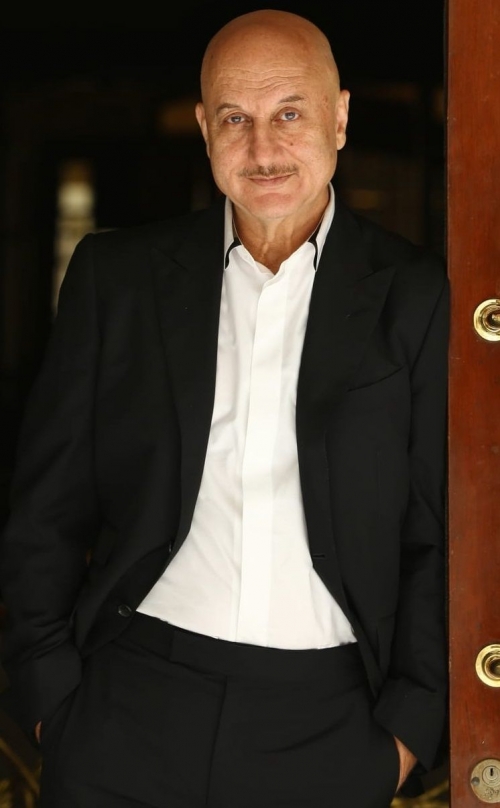 Kher was guiding budding actors in a Masterclass that he conducted on Wednesday on 'Performing for Screen and Theatre' during 53rd International Film Festival of India (IFFI) in Goa.

"Actors are not born. My first acting stint in a school play was a disaster. But my father gave me flowers in the evening for trying my best," he said.

"I look up to my father and grandfather. My father used to say, 'failure is an event, never a person'. Till I accept defeat, I cannot be a failure," Anupam Kher narrated his life-story of how he became a successful actor.

His childhood was in Shimla where he lived in a joint-family, which he called as a blessing, as there were people around to speak with.

"Till blunders are done, one cannot be an actor. One should not be worried about goof-ups," he said encouraging budding actors.

He said that training in acting is as important as any other field or profession. "Training gives you confidence, it's like a motor driving school. It takes away the fear," he said.

He said that acting has no syllabus. It's about human nature.

"An actor should be full of emotions, full of life. Three weapons for an actor are observation, imagination and emotional memory," Kher said while describing what defines a good actor.

Speaking about how he would be liked to be remembered, Anupam Kher said that being remembered as a teacher is the greatest gratification.

My first acting stint was a disaster: Anupam Kher