IND v NZ: Speaks about the volume of cricket thats being held, says Williamson on dwindling crowds in Australia

Auckland, Nov 24: Though Australia made a series sweep in three ODIs against England at home, one thing which couldn't escape the eyes of the cricketing world was the poor crowd attendance in stadiums throughout the series. 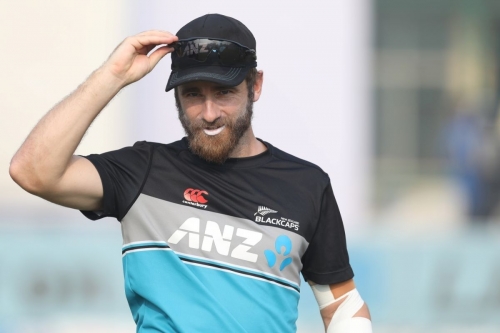 The trend, which was witnessed when the hosts were featuring in the Men's T20 World Cup at home in October and November, has put forth questions towards the organisers and administrators on why fans are shying away from watching matches in the stadiums.

When Australia defeated England by 221 runs via DLS method at the MCG, only 10,406 fans were in attendance at a stadium which has a capacity of accommodating more than 90,000 people.

Asked about the same and whether cricket is slowly losing its popularity, New Zealand skipper Kane Williamson feels that crowds not turning up to watch cricket in stadium is a reflection about the volume of matches being played.

"I suppose that (less crowd in Melbourne) was unfortunate to see, but it also speaks about the volume of cricket that's being held. Because no doubt the ICC tournaments are incredibly popular and there has been a lot of cricket on.

"They (Australia) also had a World Cup. So, there was a lot on in their country too. So, we must ensure there is a lot more context as possible in games of cricket, especially the bilateral series. You can hope for the teams to make the cricket more appealing," he said on the eve of first ODI against India at Eden Park.

With the international cricket schedule being increasingly hectic, Williamson was unsure of how the future of bilateral series will look. "It's tough, but you do feel like it will settle somewhere. I don't know how and what it will look like. A lot of teams almost now have two teams at the moment in international cricket.

"I don't know where it will settle basically. But there are always conversations about making it more appealing in any context like different rule change etc. There is so much on and you can't do everything."

With New Zealand all set to focus on ODIs through the series against India, Williamson believes that with time in hand ahead of ODI World Cup next year, his side would be looking to settle down as a unit and understand how they fare in the 50-over format.

"There have not been a huge amount of ODIs, it was mostly T20Is, with some Tests. It is about settling down as a group and getting a nice understanding. There is a change in the environment. These are a few factors to look at.

"But ultimately, it is about keeping things nice and simple, going out and express ourselves. There is a lot of ODI cricket to come as there's time between now and next ODI event coming up."

India's ODIs against New Zealand on November 25, 27 and 30 will be shown live on Prime Video.

IND v NZ: Speaks about the volume of cricket that's being held, says Williamson on dwindling crowds in Australia

IND v NZ: Without doubt, Guptill has been one of our best white-ball players, says Williamson
India to face Uzbekistan in Men's World Team Chess semifinal