Los Angeles, Nov 24: Rapper-actor Ludacris is proving that he still has rapping skills despite focusing on TV and film in recent years.

He is urged by his fans to stop acting and make a music comeback after he released an impressive freestyle over Armani White's Billie Eilish beat. 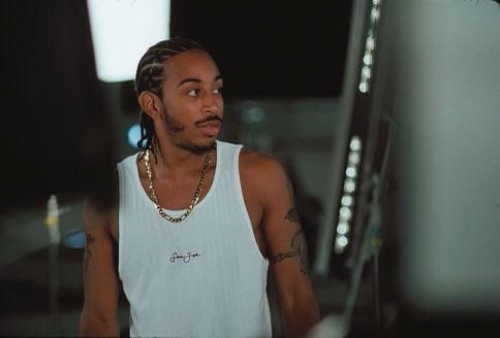 Making use of his Instagram account on Tuesday (November 22), the 45-year-old star posted a video of him spitting his bars, reports aceshowbiz.com.

In the caption, he wrote, "Just A Friendly Reminder (microphone emoji) (Remix Coming Soon)," teasing fans that an official remix would be coming soon.

"Pilot, yeah pilot of my own plane/ Million dollar talk every time the phone ring," he spits as he kicks the freestyle off. "Luda never put in work in the dope game/ But I did to rap what Escobar did to cocaine!"

Later in the verse, he notes the many successful endeavours he's had in his more than 20-year career.

It's been over seven years since Luda's last studio album, "Ludaversal", but the multi-hyphenate certainly hasn't been resting on his laurels.

The father of five remains busy with filming movies, "End of the Road" as well as the "Fast and Furious" franchise, a new toy line called Karma's World and finishing college.

Next year, Luda will be honoured with his own star on the Hollywood Walk of Fame. Though he's named in the category of motion pictures, Luda is one of nine musicians on the list alongside the likes of Charlie Wilson, Lenny Kravitz and Sheila E.

Luda's late "Fast and Furious" co-star Paul Walker will also receive a star, as well as Martin Lawrence, Uma Thurman, Vince Vaughn and a few others.

Earlier this summer, Ludacris spoke on the future of the "Fast and Furious" franchise, including whether it would get any more spin-offs similar to 2019's "Fast iamp; Furious Presents Hobbs iamp; Shaw".

"It all depends," the Tej Parker depicter told E! News.

"If they're done right, that's the key to it. This franchise is the only one that is based on human beings that is within that Top 10 grossing movies of all time, because everything else is superheroes and things of that nature."