New Delhi, Nov 24: Continued carbon emissions would significantly reduce rice and coffee production in Indonesia -- one of the world's top producers of both crops -- according to a groundbreaking study that will be published by a team of scientists led by a co-chair of the UN's climate science panel. 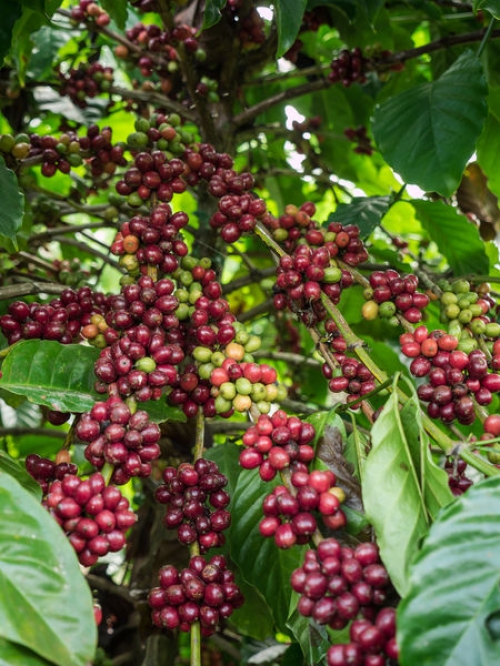 The study, titled "Impact of Climate Change in Indonesian Agriculture", found that continued climate change would cut Indonesia's rice production by millions of tons a year, cutting exports by a third and leading to price increases of more than 50 per cent.

Lower emissions would still lead to reduced rice yields and price rises -- but to a lesser extent.

Indonesia is the world's fourth-largest rice producer, and these cuts to yields could be expected to have a disastrous effect on the world's poorest people.

Food price rises this year, following Russia's invasion of Ukraine, have been a major factor behind increased hunger globally.

Lead author, Edvin Aldrian, said "Our report shows the stark contrast between a world in which emissions are high, and one where emissions fall. There are significant economic incentives to increasing efforts to cut emissions, to save ourselves from the devastating impacts we would otherwise see."

Coffee production would also decrease under continued emissions -- with high emissions, Indonesia's coffee exports may fall around 2-35 per cent.

The scientists project an increase in coffee prices for both Arabica and Robusta bean varieties of around 32 per cent by 2050 and 56-109 per cent between 2050 and 2100.

Although the study focuses mainly on Indonesia's economic and food security, it is clear that Indonesia's decreased coffee and rice outputs will affect the global supply chain, and producers elsewhere may see similar effects.

Sea level rise will increase salinization, flooding, and the loss of rice fields in coastal areas. The report shows that climate impacts will reduce Indonesian rice production by 3.5 million tons or equivalent to fulfilling the rice consumption of 17.7 million people.

Without serious mitigation efforts to shift away from fossil fuels globally, sea level rise may increase saltiness of soils, which will cause a 50 per cent loss of productivity amounting to a decreased production of 8 million tons or equivalent to the rice consumption of 42 million people.

This means that there will be a significant increase in world rice prices due to increased demand. Countries with significant agricultural production in their coastal areas will also be impacted in a similar manner.

According to Elza Surmaini, an author of the study from BRIN -- Indonesia's main governmental research agency, "extreme climate conditions cause a significant reduction in planted area and agricultural production. We must enhance our adaptation and mitigation efforts to ensure food security".

"Without a significant increase in mitigation efforts, the number of days where the temperature and rainfall conditions are optimal for coffee cultivation in Indonesia will be reduced by 50 per cent by the end of the century," reports Supari, a study author from BMKG --Indonesia's meteorological agency.

Perdinan, a study author from IPB -- Indonesia's foremost agricultural institute, said "The economic costs of the impacts of continued climate change on agricultural production show it is essential to make stronger commitments to manage climate risks and stabilize food supply, which are essential for achieving Indonesia's development targets."