Jammu, Nov 24: The Pahari Tribe ST forum in Jammu and Kashmir has successfully organised 'Dhanyawad Yatra' in the border districts of Poonch and Rajouri to express gratitude to the Central government for giving approval to the demand for ST status for the hill tribe. 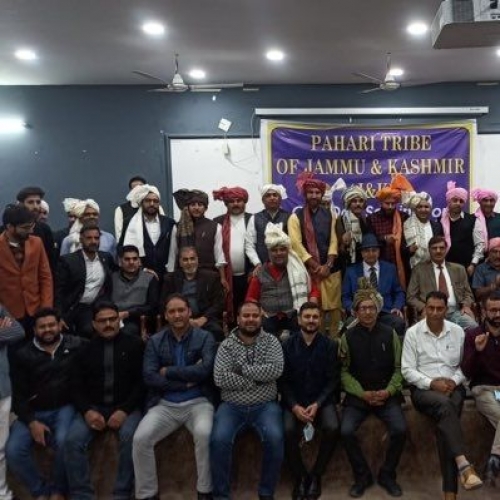 As per the organisers of the yatra, the hill tribe will remain indebted to the Central government for the grant of ST status and this loan will be repaid with interest during elections.

According to the organisers, after celebration rallies in Nowshera, Sunderbani and Kalakot, similar rallies will also be held in Karna, Uri, Tingdar, Kupwara, Baramulla and other areas of Kashmir to make people aware.

People greatly appreciated the dynamic struggle launched by the Pahari Tribe ST forum from villages to New Delhi for the long-standing demand after August 2021, and saluted every member associated with it.