Ex-Aussie coach Langer could be tarnishing his legacy with his latest outburst, feels Simon ODonnell

Melbourne, Nov 24: Former Australia head coach Justin Langer has been urged by ex-Aussie all-rounder Simon O'Donnell to forget the past and move on so that his legacy does not get tarnished amid his latest outburst against Test and ODI skipper Pat Cummins. 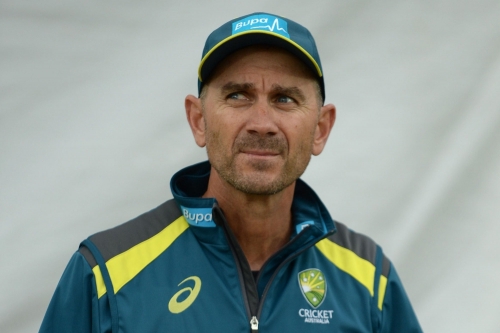 Langer was the head coach when Australia won their maiden ICC T20 World Cup in the UAE last year and the Ashes 4-0 earlier this year, but he was only offered a six-month contract extension, reportedly because of his unpopularity with the seniors in the team. Langer refused to accept the offer and stepped down days before the team's departure for the three-Test series in Pakistan.

O'Donnell, who played 87 ODIs and six Tests, said he believes Langer, a former Aussie opener, was likely tarnishing his legacy with the way he was handling the situation now by blaming senior players for him quitting.

"Unfortunately he hasn't ridden off into the sunset, waved goodbye and enjoyed all he's achieved," O'Donnell said on SEN Breakfast. "That's the ugly side of this. He's got to be really careful not to lose the room."

The players were reportedly not happy with Langer's micromanagement of the team and things came to a head on a few occasions, with Cricket Australia (CA) having to do the fire-fighting.

"The key ingredient, still at the end of the day, is the game is bigger than the individual. There's a lot of people that have left Australian cricket over the journey and other sports disgruntled. It does't mean you just roll it back out there and have your say.

"I'd like him to stop and if he needs to do anything about it, I think he needs to go through other channels other than just letting fly on podcasts or news services etcetera. He can be free to speak, I'm not saying he shouldn't speak, that's up to him," he added. "But I think he loses relationships hand over fist the more he speaks about it the longer the period is that he's gone. You can't just carry these grudges forever. You've got to move on and it's taking him a while to move on.

"I love Justin Langer, I love what he did for Australian cricket, but Justin wasn't sacked. Justin was offered a six-month extension to his contract which he didn't agree with. At the end of the day, it came down to Justin saying, 'Hey, I want longer than that', and Cricket Australia said, 'No, we think that's the right period of time'.

"It wasn't 'you're out'. Let's get it straight, Cricket Australia did say your tenure can continue, but he chose not to do that," added O'Donnell.

Ex-Aussie coach Langer could be tarnishing his legacy with his latest outburst, feels Simon O'Donnell