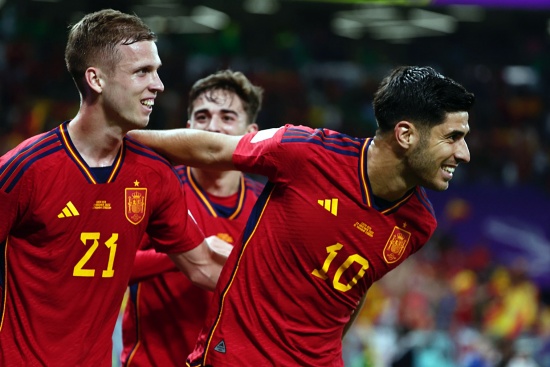 Spanish fans could not have it better on a pleasant evening in Doha as Costa Rica failed to even take a shot at the goal, suffering a humiliating defeat at the hands of the Europeans.

Teenage star Gavi, who also plays for Barcelona, became the youngest player since Brazil's Pele to score a World Cup goal as he confidently steered home the ball in the 74th minute, taking his side ahead by four goals to nil.

The Costa Ricans were unable to put up any resistance against a rampaging attack by the men in red since Dani Olmo's 11th minute goal that put Spain ahead 1-0.

Costa Rica players were found fumbling with just 18 per cent ball possession and 12 fouls out of 20 in the match.