Ravi said on Wednesday that it was Lal Bahadhur Shashtri as Prime Minister of the country who had brought a paradigm shift in the policies of the government, orienting India towards self-reliance. 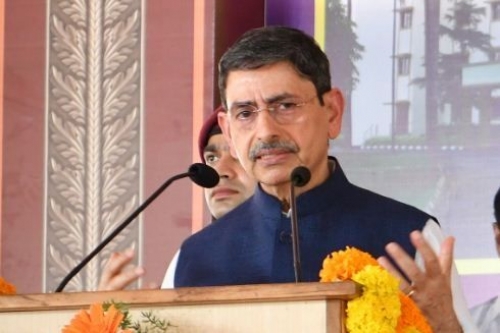 Ravi was addressing a gathering after unveiling a statue of India's second Prime Minister Lal Bahadhur Shastri at the Shastri Bhavan, here on Wednesday.

The Governor said that India suffered humiliation and was demoralised on defence and food security fronts in the first 17 years of Independence. This was an oblique reference to the period of Jawaharlal Nehru as the Prime Minister of the country.

He said that in the first one-and-a-half decades of the country's Independence, the nation paid scant attention to its defence forces and kept losing its territories in Jammu and Kashmir and Aksai Chin to its enemies.

The former IPS officer said that it was Shastri who coined the term 'Jai Jawan, Jai Kisan' and added that this was not just a slogan but marked a paradigm shift in the way the nation looked at its defence forces.

The Tamil Nadu Governor said that it was Lal Bahadhur Shastri who laid the foundation for the Green Revolution in the country, which led to self-reliance in food for the people of the country.

Ravi said that even as the tenure of the second Prime Minister was cut short by destiny, he had laid the foundation stone for taking the country forward for the formation of a great India.