Doha, Nov 24: Spain coach Luis Enrique insisted that his side's 7-0 win over Costa Rico on Wednesday would not affect the way they prepare for their next game against Germany on Sunday. 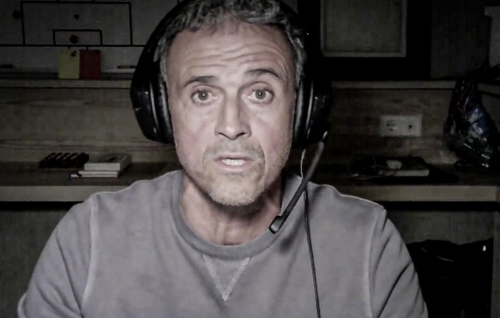 Spain got a flying start to their 2022 World Cup campaign, but their next rivals, shocked by Japan 2-1 earlier on Wednesday, will go into Sunday's match knowing that another loss could mean out of the tournament.

"I know this team isn't going to relax. We are going to play Germany and we are going to try and do the same. We will always try and play out games the same way," he said, reports Xinhua.

"I have no doubt that we will have the same intensity and maybe more, because Germany is a side that motivates us," added Enrique.

Spain dominated Costa Rico from start to finish, with goals arriving at regular intervals Dani Olmo opened the scoring, Ferran Torres scored twice, and Marcos Asensio, Gavi, Carlos Soler and Alvaro Morata all scored, as the Spanish recorded their biggest ever win in the World Cup finals, beating their previous record of 6-1 in 1998.

Meanwhile at 18 years and 110 days, Gavi's goal made him the youngest ever Spanish player to score in the World Cup finals.

"It was a very special game for us. We put emphasis on starting the best way possible and it worked perfectly," commented Enrique to the press.

"Spain don't usually start tournaments well, but everything worked against a side that usually competes well and we were superior in nearly every aspect of the game," he continued.

"I always read we lack goals, but we have always been one of the teams that score most goals in tournaments. Maybe we don't have a single reference in attack, but we have a lot of players who can score. I have never worried about scoring goals," added the coach, who insisted there was still a long way to go in Group E.

"The result was important because everything is still to be resolved. My aim is to help the team qualify for the next round," said the 52-year-old.

It was a different story for Costa Rican coach Luis Fernando Suarez, whose side failed to have a shot in the entire game.

"Spain were much better than us. They were attacking, they were effective with the ball in the last third of the pitch, while we were the opposite. We didn't have the ball and when we did get it, we lost it quickly."

"Spain were superb and we weren't and that's why we lost like that," Suarez admitted.

"I am going to have to think about what to say to my players on my way to the dressing room. It is difficult, but we have to realize what we did wrong and do things completely differently in our next game."

"When you have circumstances like today, you have to accept blame and responsibility and look for results that help you quickly forget what happened today," said Suarez.

Costa Rico will play their next match against Japan on Sunday.